3309 Tanner Drive quickly became, a circus.  Television trucks arrived, to cover the ordeal.   Baby Jessica’s rescue was carried from the Netherlands to Brazil, from Germany to Hong Kong and mainland China. Well wishers called in to local television stations, from the Soviet Union. Telephone linemen installed extra lines, to handle the traffic.

Jessica McClure Morales is 33-years old.  A typical West Texas Mom, with two kids and a dog.  Her life is normal in every way.  She’s a teacher’s aide.  Her husband Danny, works for a piping supply outfit.

Thirty-two years ago, Jessica McClure’s day was anything but normal.

October 14, 1987 began like any other, just an eighteen-month-old baby girl, playing in the back yard of an Aunt.  That old well pipe shouldn’t have been left open, but what harm could it do. Standing there only three inches above the grass, the thing was only eight inches wide.

And then the baby disappeared.  Down the well.

My command of the language fails to produce a word, adequate to describe the horror that young mother must have felt, looking down that pipe. 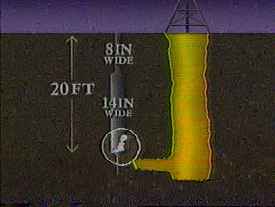 Midland, Texas first responders quickly devised a plan. A second shaft would be dug, parallel to the well.  Then it was left only to bore a tunnel, until rescuers reached the baby.  The operation would be over, by dinnertime.

Except, the rescue proved far more difficult than first imagined. The tools first brought on-scene, were inadequate to get through the hard rock surrounding the well.  What should have taken minutes, was turning to hours.

3309 Tanner Drive quickly became, a circus.  Television trucks arrived, to cover the ordeal.   Baby Jessica’s rescue was carried from the Netherlands to Brazil, from Germany to Hong Kong and mainland China. Well wishers called in to local television stations, from the Soviet Union. Telephone linemen installed extra lines, to handle the traffic.

The whole world it seemed, held its breath.

Midland police officer Andy Glasscock spent much of those fifty-eight hours on his belly next to that hole, concentrating on every sound to come up from the well.   Hard-eyed veteran though he was, the man could be brought to tears at the sound of that little voice, drifting up from deep in that hole in the ground…”Mama“.  “How does a kitten go?” Officer Glasscock would ask, into the darkness.  The little voice would respond…”Meow“.

Watching the evening news, it’s sometimes easy to believe the world is going to hell.  It’s not.  What we saw for those fifty-eight hours was the True heroism and fundamental decency of every-day women and men.  Fathers, sons and brothers, straining each fiber and sinew, inching closer to the bottom of that well.  Mothers sisters and wives, pitching in and doing whatever it was, that needed to be done.  We’d see it again in a New York Minute, should circumstances require it.

You could watch it happen, around the clock. Many of us did. I remember it.  Each man would dig until he’d drop, and then another guy would take his place. These were out-of-work oil field workers and everyday guys. Mining engineers and paramedics. The work was frenetic, desperate, and at the same time, agonizingly slow.

Anyone who’s used a jackhammer, knows it’s not a tool designed to be used, sideways. Even so, these guys tried.  A waterjet became a vital part of the rescue, a new and unproven technology, in 1987.

The sun went down that Wednesday and rose the following day and then set again.  Still, the nightmare dragged on.

A microphone was lowered down, so doctors could hear that baby girl breathe. She would cry.  Sometimes she would sing. A small voice drifting up from that hole in the ground.  The words of “Winnie the Pooh”.

These were good signs. A baby could neither sing nor cry, if she could not breathe.

The final tunneling phase of the operation could only be described, as a claustrophobic nightmare. An unimaginable ordeal. Midland Fire Department paramedic Robert O’Donnell was chosen because of his tall, wiry frame. Slathered all over with K-Y jelly and stuffed into a space so tight it was hard to breathe, O’Donnell inched his way through that black hole that Thursday night and into the small hours of Friday morning until finally, he touched her leg.

The agony of those minutes dragging on to hours, can only be imagined. What O’Donnell was trying to do, could not be done.  In the end, the paramedic was forced to back out of the hole, one agonizing inch at a time, defeated. Empty handed.  As men went back to work enlarging the tunnel, the paramedic sat on a curb, and wept.

On the second attempt, O’Donnell was able wrestle the baby out of that tiny space, handing her to fellow paramedic Steve Forbes, who carried her to safety. 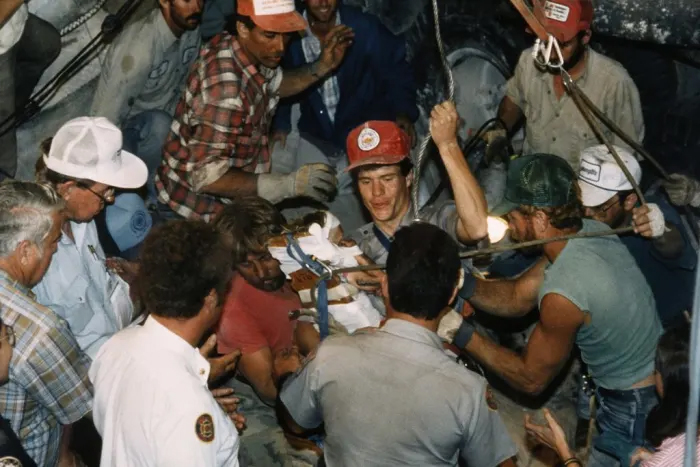 Baby Jessica came out of that well with her face deeply scarred and toes black with gangrene, for lack of blood flow.  She required fifteen surgeries before her ordeal was over, but she was alive.

The story has a happy ending for baby Jessica.  Not so, for many others.  The New York Times wrote:

“The little girl’s parents moved her out of town, to a three-bedroom house that they never could have afforded before she was rescued, to hide from the world that embraced them so hard they couldn’t breathe. Eventually, they were divorced. Others who helped to save the child — O’Donnell was just the most visible of hundreds — found themselves drinking, or in marriage counseling, or in legal tangles, all because of the fickle, seductive, burning spotlight”.

President Ronald Reagan quipped, “Everybody in America became godmothers and godfathers of Jessica while this was going on.” Baby Jessica appeared with her teenage parents Reba and Chip on Live with Regis and Kathie Lee, to talk about the incident. Scott Shaw of the Odessa American won the Pulitzer prize for The photograph. ABC made a television movie:  Everybody’s Baby: The Rescue of Jessica McClure. USA Today ranked her 22nd on a list of “25 lives of indelible impact.”  Everyone in the story became famous. Until they weren’t.

For paramedic Robert O’Donnell, the nightmare never ended.  Already claustrophobic, those hours spent alone in a black hole so tight as to all but prevent breath, were pure agony.   The failure and that agonizing inchworm’s crawl out of that hole, empty handed.  The ultimate success.   The fame and celebrity.  The Oprah show.  The relentless pursuit, of media.  “For a year afterward everyone wanted a piece of him” said his older brother, Ricky. “Then all of a sudden one day it seemed like everyone dropped him.”

The Paramedic had rescued lots of people but, somehow, his life stopped in 1987. Transfixed in the bright lights and the fame of those last fifteen minutes of The Rescue.  Everywhere he went, he was “The man who Saved Baby Jessica™”.

Post-traumatic stress is a strange and incomprehensible thing.  The next seven years were a downward spiral.  There were marital problems.  That humiliating episode with that made-for-TV movie.  The whole family watching to see his part, but no one bothered to tell them.  The scene had been cut.  The 11-year career with the Midland Fire Department, collapsing amidst allegations of prescription drug abuse.  Divorce.

In April 1995, O’Donnell’s mother noticed the missing shotgun at the family ranch, in Stanton Texas.  The 410 buckshot, loaded with larger pellets intended for bigger game, or self defense.  They found the body some 20-miles away, slumped over the wheel of the new Ford pickup.  This was no accident.  You don’t put a barrel that long into your mouth, without meaning to.

Those of us of a certain age remember the baby Jessica episode, well.  I suspect Robert O’Donnell’s story is less well known, and that’s a shame.  The man is an American hero.  He has earned the right to be remembered.