The word “Pulchritude” has fallen out of everyday usage. Possibly, the term comes down to us from an individual, who may have been the greatest maniac if not the dumbest man, in Roman antiquity. Either that, or a man so bull-headedly determined to get what he wanted, as to be remembered as one of the great Meatheads, in all of history.

The word has fallen out of everyday usage.  The website indicates, origin unknown. Possibly, the term comes down to us from an individual, who may have been the greatest maniac if not the dumbest man, in Roman antiquity. Either that, or a man so bull-headedly determined to get what he wanted, as to be remembered as one of the great Meatheads, in all of history. 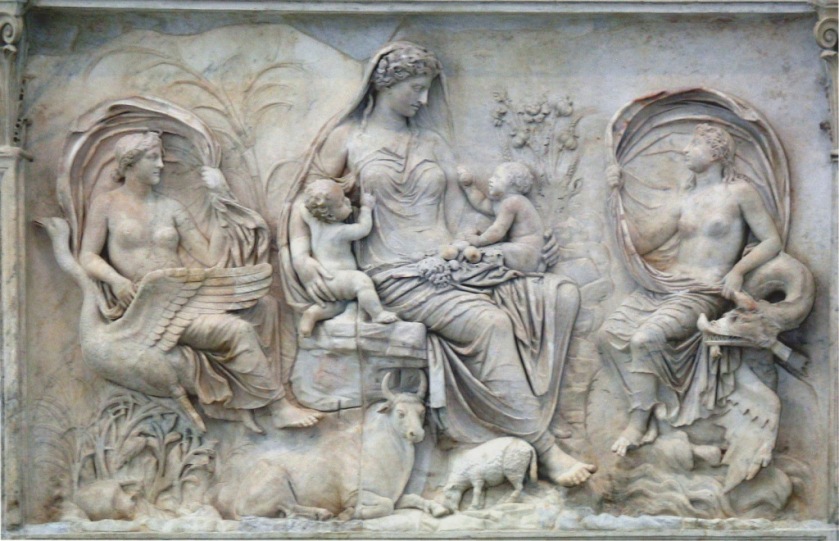 In ancient Rome, women partook of a festival, strictly forbidden to Roman men. So stringent was this line of demarcation that only women were permitted even to know the name of the deity, to whom the festival was dedicated. For everyone else she was simply the “Good Goddess”.  The Bona Dea.

The first of two annual festivals of the Bona Dea was held during the winter, at the Aventine Temple. The second rite took place every May, hosted by the wife of the current Pontifex Maximus and attended by an elite group of Roman matrons, female attendants and vestal virgins.

Eighteen years before the end of the Republic, the Pontifex Maximus was Julius Caesar. Scandal broke out on this day in 62BC, when the aforementioned meathead, the politician Publius Clodius Pulcher, dressed as a woman and sneaked into the Bona Dea festival bent on seducing Pompeia, the wife of Caesar himself.

I’m not even sure how that was supposed to work but, of all the women in Rome, this guy set his sights on the wife of Julius Caesar. 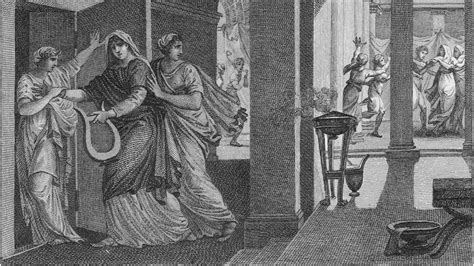 Apparently, ol’ Pulcher was insufficiently pulchritudinous. He was found out and thrown out and, thus vitiated, the rites of the Bona Dea were rendered null and void, necessitating repetition by the Vestal Virgins.  Meanwhile, to have desecrated the sanctity of such rites as the Bona Dea was to have offended the city and the Gods, under pain of death.  A trial ensued and the legal wrangling went on, for two years.

In the end, Clodius was acquitted, a fact Cicero put down to fixed juries and back-room deals.  The Greek biographer and essayist Lucius Mestrius Plutarchus better known as Plutarch, writes that jurors handed in deliberately illegible verdicts, “in order that they might neither risk their lives with the populace by condemning him, nor get a bad name among the nobility by acquitting him“.  Talk about Profiles in Courage.

Pulcher’s populist brand of politics would transform the politician into “One of the most innovative urban politicians in Western history” and, one day, get him killed at the hands of a political opponent. The man’s transvestite dalliance with the Bona Dea provided arch-rival Marcus Tullius Cicero with verbal ammunition, for years to come.

Interestingly, Cicero’s problem with Pulcher may have been more than just, political.  Clodius Pulcher had once prosecuted one Fabia, a Vestal Virgin, on charges of incest. Fabia’s half-sister Terentia was mightily offended at the proceedings, and her husband just happened to be Cicero himself. I wonder how it sounded to come home to That, every night.

The verdict of the ages was quite unfair to Pompeia. Nothing more substantial than gossip and rumor ever implicated her in the Bona Dea scandal yet her husband divorced her, immediately.

Plutarch writes, in The Life of Caesar:

“Caesar divorced Pompeia at once, but when he was summoned to testify at the trial, he said he knew nothing about the matters with which Clodius was charged.  His statement appeared strange, and the prosecutor therefore asked, “Why, then, didst thou divorce thy wife?” “Because,” said Caesar, “I thought my wife ought not even to be under suspicion.””

To search on “average age in ancient Rome” is to be rewarded with the number, 35.  While mathematically correct (maybe), the fact is misleading.  Fully half of Roman children died before age ten.  Roman men joined the military at age 17 and a distressingly high number of Roman women, died in childbirth.  Karen Cokayne writes in Experiencing Old Age in Ancient Rome, that “From around the first century B.C. onwards, the age of 60 or 65 was commonly mentioned as the threshold of old age.” Should a person make sixty, (s)he had at least an average chance of living to seventy, and beyond. H/T revealedrome.com