Catherine of Aragon was destined to die alone in a convent, possibly the only class act in this whole, sorry story. 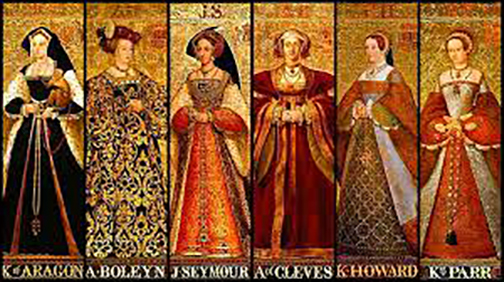 Catherine of Aragon, the youngest daughter of Ferdinand and Isabella, came to England to marry Arthur, the eldest son and heir to the throne of Henry VII, in 1501. Arthur died the following year and his younger brother took the throne, asking Catherine to marry him in 1509.

She was by all accounts a devoted wife, but the marriage bore no sons. Henry came to believe, or said he believed, that it was punishment from God for marrying his brother’s wife. By this time he had fallen hard for Thomas Boleyn’s daughter, Anne. The king was in a pickle. His wife wouldn’t agree to a divorce, and Anne Boleyn was not about to give it up as a mere mistress.  She was going to be the King’s wife, or nothing.

The problem was, the Pope refused to grant the divorce.  Henry launched the Reformation so that he could divorce his wife and marry this young French girl, getting his divorce the following year and going on to become Supreme Head of the Church of England.  Catherine of Aragon died alone in a convent three years later, possibly the only Class Act in this whole, sorry story.

Catherine was popular with the people, but this second wife was not. To many, she was ”the King’s whore”.  Many believed she was a witch who had cast a spell on the king. The marriage produced one daughter, Elizabeth, but again no sons. Anne miscarried a male child on the day that Catherine of Aragon was buried at Peterborough Abbey.  The Savoyard ambassador Eustace Chapuys commented that “She has miscarried of her saviour.”  There would be no divorce this time, the king concocted a plot based on a story, and Anne was convicted of incest, adultery and treason.  Anne Boleyn was executed by decapitation in 1536.  She would not be the last.

Henry married Jane Seymour 11 days later.  Though she bore him a son, she died two weeks after the birth. Years later, Henry would request on his deathbed that he be buried next to her.

Anne of Cleaves would be wife #4, an arranged marriage with a German Princess intended to secure an alliance with the other major Protestant power on the continent, especially after England’s break with Rome over that first divorce. Henry was put off by her appearance however, as if Henry himself were a prize.  The marriage went unconsummated. They were amicably divorced after 6 months.

Catherine Howard was 19 and Henry 49 when she became wife #5. He was hugely fat by this time, with festering ulcers on his leg that never healed. Henry’s suits of armor reveal a waistline that had grown from 32″ to 54″.  The man weighed 400lbs on his passing, five years later.  Catherine was young and flirtatious, preferring the company of young courtiers to that of the fat old guy she was married to.  She would be tried and convicted of adultery two years later.  As with her predecessor, execution was by the headsman’s axe.  Catherine Howard lost her head on, February 13, 1542.

Katherine Parr was the 6th and last wife of Henry VIII. Henry died in January 1547, Parr going on to marry Thomas Seymour, 1st Baron of Sudeley, six months later. Katherine died in September 1548, as the result of complications of childbirth. 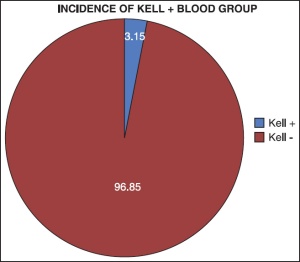 Ironically, Henry himself may have been the problem, when it came to the inability to produce a male heir.  Researchers revealed in 2011 that Henry’s blood group may have been “Kell positive”, a rare condition which would have initiated an auto-immune response in the mother’s body, targeting the body of the baby inside of her.  It’s unlikely that first pregnancies would have been effected, but the mother’s antibodies would have attacked second and subsequent Kell-positive babies as foreign objects.

The science to prove or disprove the theory didn’t exist in the Tudor era, but it may not matter.  Anyone who tried to bring that bit of news to Henry VIII, very likely would have paid for it, with his head.