Their bodies were found under a large Siberian Pine, broken branches up to thirty feet suggesting that someone had climbed the thing, to look around.  Or to get away from something.

In the world of mountaineering, climbers assign a grade to a boulder or climbing route, describing the degree of difficulty and danger, in the ascent. The group assembled in January 1959 were experienced Grade II hikers, off on a winter trek which would earn them a Grade III certification, upon their safe return. They were ten in number, colleagues from the Ural Polytechnic Institute in Sverdlovsk (now Yekaterinburg) Russia, bent on conquering Mount Otorten, in the northern Ural Mountains. 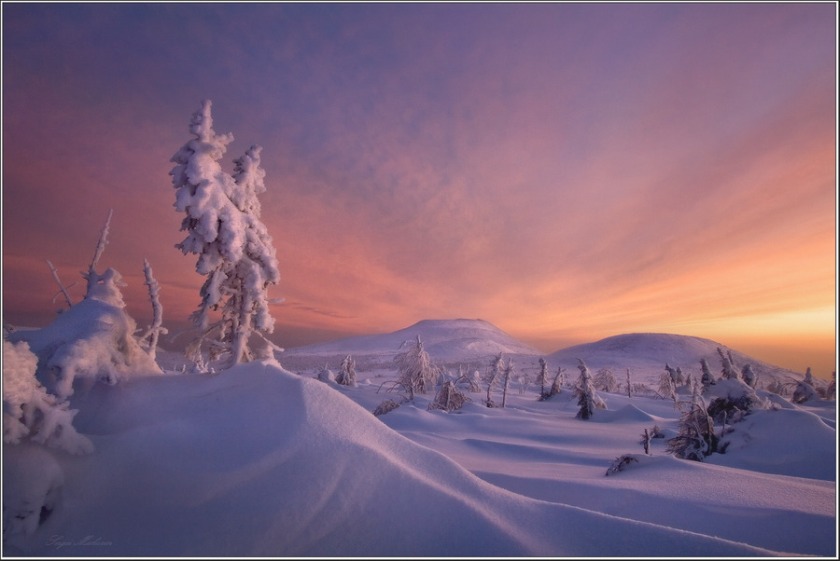 The Northern Ural is a remote and frozen place, the Ural Mountains forming the barrier between the European and Asian continents and ending in an island chain, in the Arctic Ocean. Very few live there, mostly a small ethnic minority called the Mansi people.

In the Mansi tongue, Otorten translates as “Don’t Go There”.

No matter. This was going to be an adventure.

The eight men and two women made it by truck as far as the tiny village of Vizhai, on the edge of the wilderness.  There the group learned the ancient and not a little frightening tale of a group of Mansi hunters, mysteriously murdered on what came to be called “Dead Mountain”.

Nothing like a good, scary mystery when you’re heading into the woods.  Right?

On January 28, Yuri Yudin became ill, and had to back out of the trek.  The other nine agreed to carry on.  None of them knew at the time.  Yudin was about to become the sole survivor of a terrifying mystery.

The leader of the expedition, Igor Dyatlov, left word that he expected to return, on February 12.  The day came and went with no sign of the group but, no big deal.  It was common enough to come back a few days late, from the frozen wilds of the Ural Mountains. 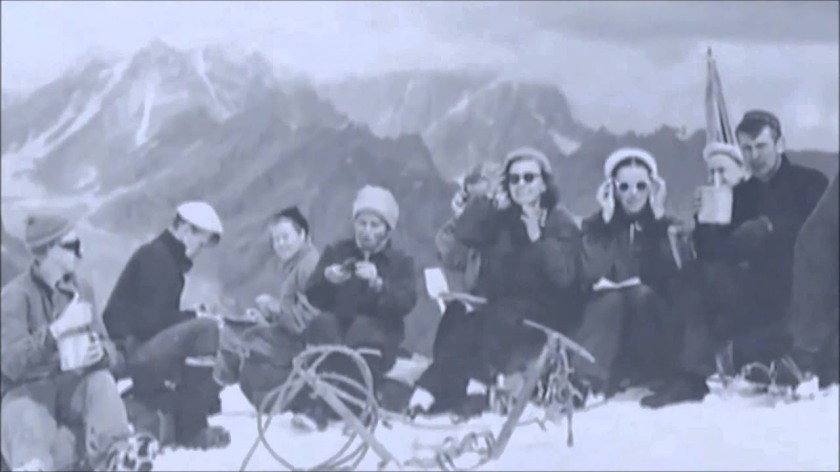 By February 20. friends and relatives were concerned   Something was wrong.  Rescue expeditions were assembled, first from students and faculty of the Ural Polytechnic Institute and later by military and local police.

There were airplanes and helicopters, and skiers on the ground.  On February 26, searchers found an abandoned tent on the flanks of Kholat Syakhl.  Dead Mountain.

Mikhail Sharavin, the student who found the tent, described the scene: “the tent was half torn down and covered with snow. It was empty, and all the group’s belongings and shoes had been left behind.”  The tent was cut up the back from the inside, eight or nine sets of footprints in the snow, leading away some 1,600 feet until disappearing, under a fresh fall of snow.

Despite winter temperatures of -13° to -30° Fahrenheit, most of these prints showed feet clad only in socks.  Some were barefoot.  One had a single shoe.  Two bodies were found clad only in underwear, those of Yuri (Georgiy) Krivonischenko and Yuri Doroshenko, near the remains of a small fire.

Their bodies were found under a large Siberian Pine, broken branches up to thirty feet suggesting that someone had climbed the thing, to look around.  Or perhaps to get away?

Three more bodies were found leading back to the tent, frozen in postures suggesting they were trying to return.  Medical investigators examined the bodies. One, that of Rustem Slobodin showed a small skull fracture, probably not enough to threaten his life.  Cause of death was ruled, hypothermia.

It took two more months to find the last four bodies, buried under twelve feet of snow some 75-feet away.  These were better dressed than the other five, indicating they were already outside when something went wrong.

The condition of these last four, would change this whole story.  There were unexplained traces of radiation on their clothes.  The body of Nikolai Thibeaux-Brignolles showed massive skull fractures, with no external injury.  Lyudmila Dubinina and Semyon (Alexander) Zolotaryov showed extensive chest fractures, as if hit by a car.  Again, there were no external injuries.  Both were missing their eyes.  Dubinina was missing her tongue, and part of her face. 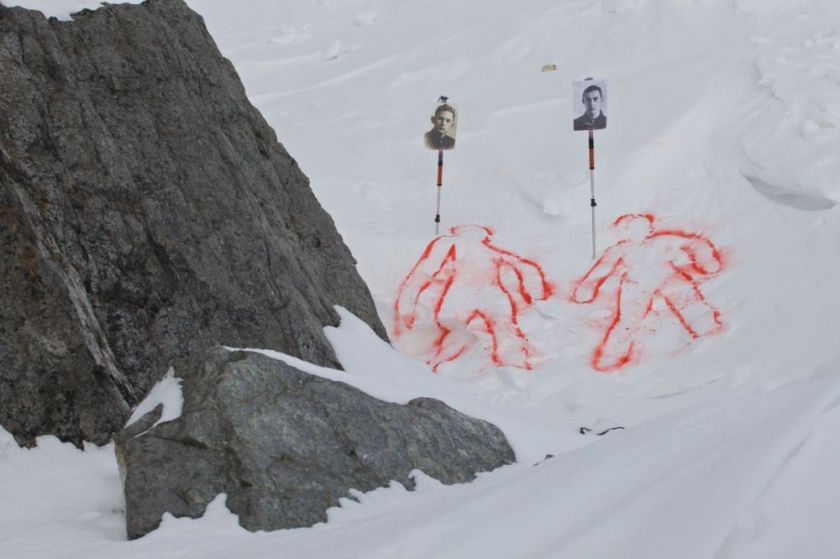 With volumes of questions and no answers, the inquiry was closed in May, 1959.  Cause of death was ruled “A spontaneous force which the hikers were unable to overcome“.  Dead Mountain was ruled off limits, the files marked confidential.  Case closed.

“A spontaneous force which the hikers were unable to overcome“.

Explanations have been offered from the mundane to the supernatural, but none made sense.  Mansi hunters had killed them for encroaching on their territory.  Except, there were no other footprints.  This was the work of a Menk, a mythical Siberian Yeti, or an avalanche, or a super-secret parachute mine exercise, carried out by the Soviet military.  There were reports of orange glowing orbs, in the sky. Some believe it was aliens.

How nine experienced mountaineers got caught out in a frozen wilderness or why their tent was cut from the inside, remains a mystery.  Missing eyes and tongues may be explained away by small animals.  Maybe.  The massive internal injuries suffered by three of the victims, defy explanation.  The place where it all happened has come to be known as Dyatlov Pass.  What happened in that place remains an enigma, to this day.