“Men were known to go into Murder Bay and were not heard of again until their bodies were discovered in the canal or found buried in ash dumps”. – Washington Post, 1888 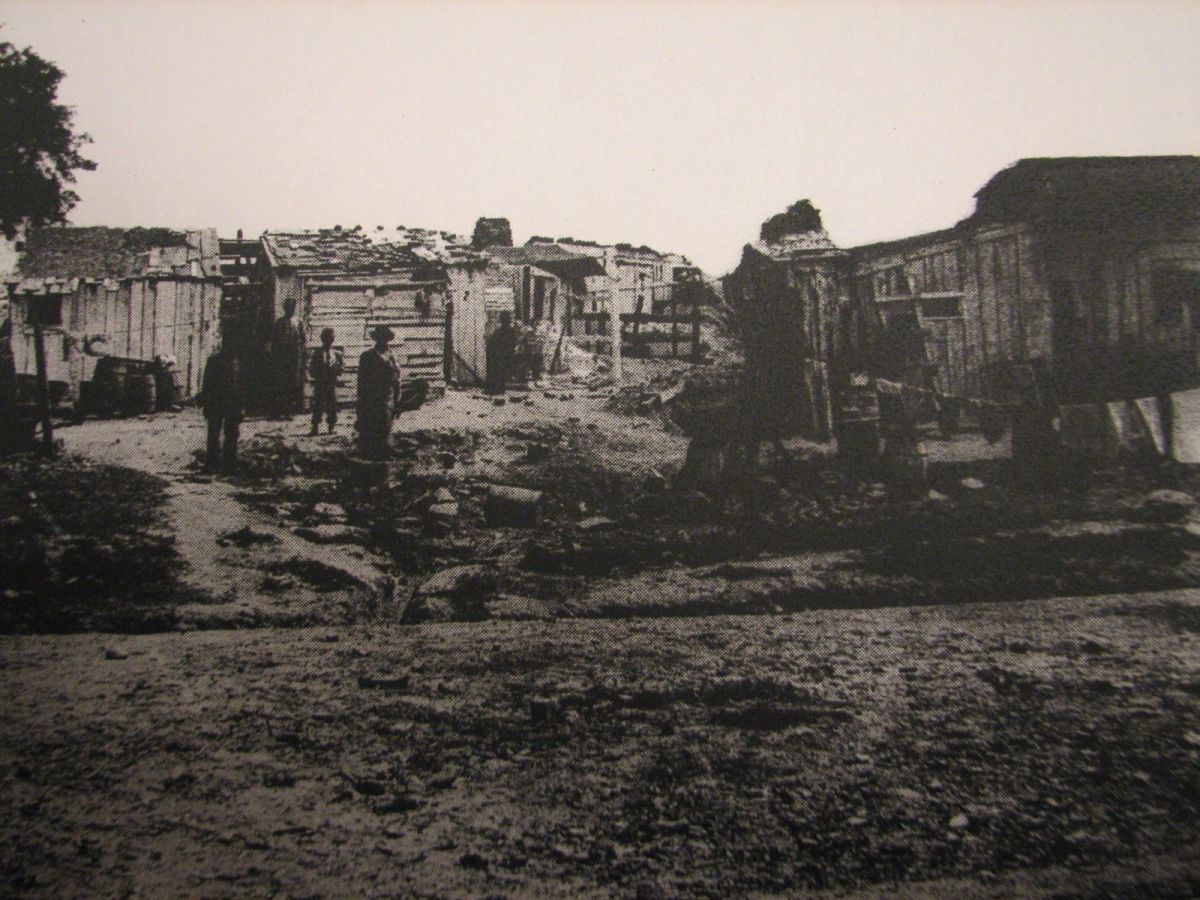 March is upon us once again, a time when tourists flock to our nation’s capital to take in the cherry blossoms, along the banks of the Potomac. A gift to the United States from the people of Japan the Yoshino cherry in bloom has been called, the “most beautiful thing in the world.

There, tourists may take in the Lock Keeper’s House, the oldest structure yet standing on the National Mall whose purpose it was to collect tolls and make records of travelers, on the Washington City Canal. Why you may ask, is a lock keeper’s house located at the corner of Constitution Avenue and 17th Street, some ten blocks from the Potomac?

The answer takes us back to a day when our nation’s capital was anything but, the most beautiful place on the earth.

Between 1775 and 1783, the United States Congress and its predecessor bodies did their business in the Pennsylvania State House in Philadelphia, later known as “Independence Hall”.

The “Residence Act” of July 1790 established a home for the Federal government along the banks of the Potomac River.

The specific site was under negotiation when Alexander Hamilton brokered a deal.  Several delegates supported the current location in exchange for which, the Federal government agreed to assume their state’s debt, from the late revolution.

Pierre L’Enfant was selected to create the city plan as well as a design, for the buildings themselves. At the time, navigable waterways formed the economic backbone of the nation. L’Enfant’s plan allowed for a great canal connecting the Anacostia River called the “East branch” with the Tiber Creek, a tributary waterway to the Potomac.

Interest was high in such a canal but funding, was not. The project proceeded in fits and starts over the following decade and stopped altogether, during the War of 1812.

The Washington City Canal was dedicated in 1815. The Chesapeake and Ohio Canal was finished in 1833 and the lock keeper’s house, two years later. The system had problems from the beginning, overflowing its banks at extreme high tides and becoming too shallow for navigation, at extreme lows. Congress appropriated funds for improvements in 1849 but there were problems with contractors, and staff.

By now, business and government alike looked to the railroad as the future of commerce. The Washington City Canal fell into disrepair.

Dead animals joined with effluent of every manner and description to fill the W canal. In an age before streetlights, the Washington Evening Star of 1859 called the thing a “Man Trap”, “…because of the number of persons who have walked into it and drowned.” The Secretary of the Interior labeled the canal “a shallow, open sewer, of about one hundred and fifty feet in width, (sometimes called a canal,) which stretches its filthy surface through the heart of the city.”

The Civil War more than doubled Washington’s population with everything from soldiers and political types to escaped slaves living in “contraband camps”, along the canal.

Prostitutes flocked to over 100 houses of ill repute to service the needs, of Union General Joseph Hooker’s army. It’s a myth to say that’s where we get the term “hooker” from, but these ‘ladies of the night’ arrived in such numbers they would come to be called, “Hooker’s Division”.

Desperate to contain the seedier aspects of the city General Hooker consolidated the dark underbelly of the nation’s capital into these few blocks. What was already a seedy redlight district of brothels, gambling dens and alcohol was transformed to a hideous slum, known as “Murder Bay”.

Crime and violence rose to almost cartoonish levels. The place was so dangerous the police themselves stayed out, if at all possible. The Washington Post wrote in 1888 “Men were known to go into Murder Bay and were not heard of again until their bodies were discovered in the canal or found buried in ash dumps”. ‘Reforms’ were attempted throughout the post-war era, without success.

What began with the best of intentions was destined to end, with the wrecking ball. As the ‘Great War’ started up ‘over there’ the federal government bought up land on Pennsylvania Avenue between 14th and 15th Streets. In the 1920s a handy new invention called the bulldozer, helped out.

Ten large city and federal office buildings were built in parts of Murder Bay to form an area now known as, the Federal Triangle. Other parts were razed beginning in the mid-1920s to be replaced with the Internal Revenue Service and the Departments of Justice, Labor, Interstate Commerce and the National Archives.

On March 25, 1964, President Lyndon Johnson signed Executive Order No. 11210 providing for “the development of an orderly, phased program for carrying out the improvement of Pennsylvania Avenue”.

The notorious slum known as Murder bay is but a memory now but the canal where it all began, yet flows to the sea. Pierre L’Enfant’s channel is still there, bricked over beneath the wheels of the busses and the bicycle rickshaws and the feet of all those tourists, come to see the cherry blossoms, along the Potomac.