In recent months we have learned from our “elites”, that math is racist. That men participating in women’s sports is perfectly reasonable, that men can give birth. Dumbo and Peter Pan have been canceled. Dr. Seuss is driven from polite society. 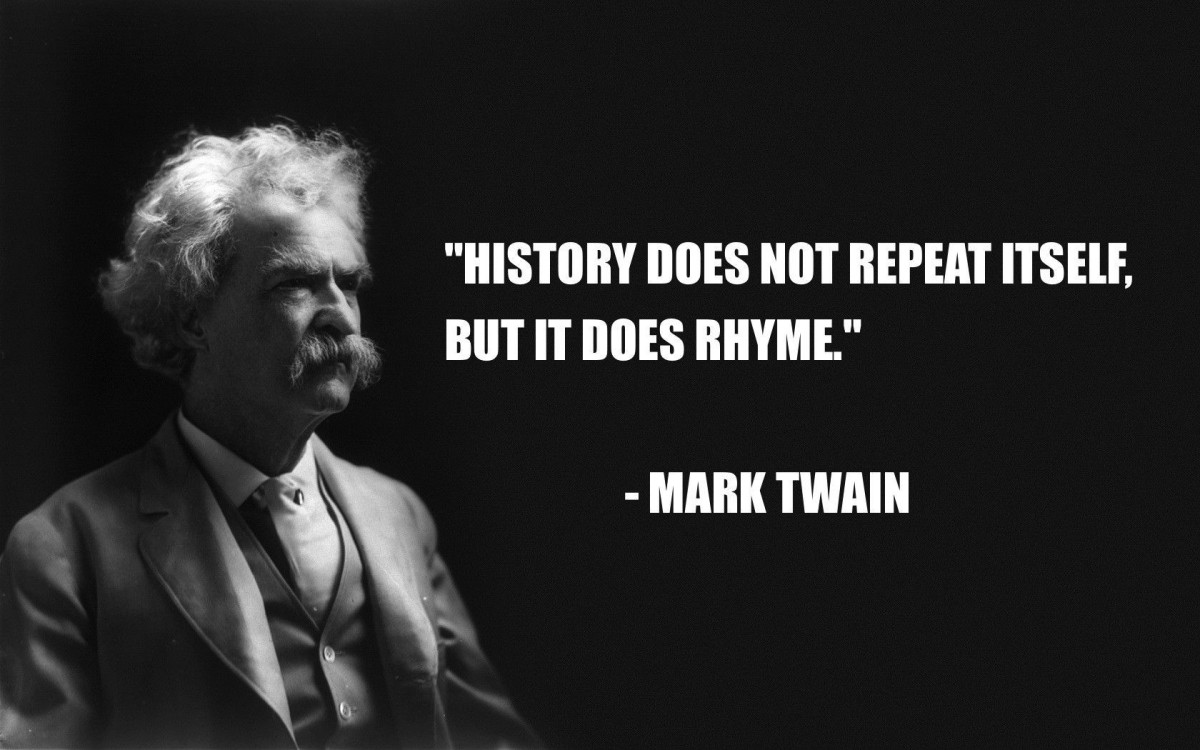 The news this morning spoke of an “elite” private school in New York, and the 12-page memorandum sent home to Moms and Dads. Turns out the Grace Church School doesn’t like the terms, “Mom” and “Dad”. Kids aren’t allowed to use them anymore. Even at home.

Leaving a reasonable person to wonder, what exactly renders these people, “elite”? And why would such a thing warrant any response at all, save for a one-finger salute?

In recent months we have learned from such “elites”, that math is racist. That men participating in women’s sports is perfectly reasonable, that men can give birth. Dumbo and Peter Pan have been canceled. Dr. Seuss is driven from polite society.

Scores of millions of women and men of all persuasions and all political stripes quietly shake their heads in hopes that this too, shall pass. And not for the first time. In 1688, no fewer than 19 counties in England and Wales mobilized to defend against armed and rampaging bands of non-existent Irishmen. In 1954, widespread observation of previously unnoticed pits and dings in windshields caused residents of Washington state to believe there was an epidemic of windshield pitting, attributed to everything from sand flea eggs, to nuclear testing.

History abounds with episodes of mass hysteria. The Dancing plague of 1518. The Witchcraft Hysteria of 1692 and the granddaddy of them all la Grande Peur, the Great Fear sweeping across 1789 France culminating in the French Revolution, the Napoleonic wars and an estimated 3.1 million dead Frenchmen.

Imagine you were there, from the beginning. August 1789. Your personal politics are middle of the road, maybe a little to the left but in all respects, “Moderate”. Now imagine your nation’s politics have shifted so radically in the space of two short years, you find yourself on the “reactionary right”. You are hounded, subject to persecution, even execution, at the hands of your own government. And your personal convictions haven’t changed.

In early modern France, society broke into “three estates”: the Clergy (1st), the Nobility (2nd) and a 3rd Estate encompassing common women and men. The estates-general was a legislative body comprising three assemblies representing each of the three estates.

French society found itself at a crossroads in the late 18th century. Politically, the “commons” had become a caste of its own with a desire for parity, with the 1st and 2nd Estates. Culturally, the “Age of Enlightenment” brought with it an elevation of “Reason” at the expense of tradition and with it, a diminution of the Monarchy and the Church.

Economically, the French state carried massive debt at this time, a condition made worse by French support of the American Revolution a decade earlier. (Did we really just blow another two Trillion on a “Covid relief” package, with 7% actually going to Covid relief?)

The straw to break the camel’s back came in the form of successive crop failures. Across Europe, peasants tilled the lands of the manor houses of minor Lords who themselves owed fealty, to the higher nobility. The system had been around since Roman times. In 1789 France, successive crop failures spawned rumors of an aristocratic plot to wipe out the working classes. Peasants rose up to take action, against the seigneurs.

The fiscal and agricultural crises of 1789 pushed the nation over the edge. The “tennis court oath” that May asserted the autonomy of the third estate, a direct affront to the hereditary rights of Kings. The beast was unleashed. The mob stormed the Bastille that July leading to bread riots in the streets and a march on the King’s residence, at Versailles.

On this day in 1790, the national Assembly decreed the sale of church-owned lands by municipalities, an affront to church authority unimaginable, in earlier ages.

King Louis XVI fled with his family in June 1791 only to be captured, returned to Paris and placed under guard. Even then the first French constitution approved that September, reflected the voices of moderation. While sharply limiting monarchical power the King still kept his head, still GOT to be King while enjoying veto power and the authority to appoint ministers.

Once absolute monarch of France, “Citizen Louis Capet” was executed by guillotine in January 1793 in front of a crowd of 100,000. Bloodthirsty sans culottes rejoiced, wrote The London Times, while “honest citizens… could not suppress their heartfelt grief and mourned in private”. Queen Marie-Antoinette followed her husband to the guillotine, nine months later. The son of the royal couple, Louis-Charles, was thrown into a stone prison cell at the age of 8. The boy was dead at ten. The physician who performed his autopsy expressed shock and dismay at the scars, covering his little body.

The Jacobins, the most radically leftist in a kaleidoscopic mélange of competing factions, were now in power. These people went so far as to abolish history itself, creating a new calendar with themselves at the beginning. Year one. Just like that proclaimed by Pol Pot in April, 1975.

“We are the ones we’ve been waiting for”.

The revolution turned on itself and ate its own young in 1793-’94, a period described as the “reign of terror”. Victims by the tens of thousands walked their final steps to the guillotine, while equal numbers stood to face firing squads.

Robespierre, once the thought leader behind this whole mess, came to be seen as an enemy of the Revolution. Knowing all too well what would happen next Robespierre shot himself in the face, to prevent his own arrest. The suicide attempt succeeded only in destroying the man’s lower jaw, and several teeth. That visage, once the face of Revolution itself and now wrapped in blood soaked bandages, was separated from the rest of him the following day.

Fun fact: Joseph-Ignace Guillotin had nothing to do with the contraption, that bears his name. He didn’t even approve of capital punishment. As a physician, the torture inflicted by breaking on the wheel, burning at the stake, death by boiling and dismemberment was repugnant. To be hacked at by axe or sword was hardly any better. If capital punishment was to be carried out at all he believed, the quick, impersonal and painless death afforded by a decapitation machine might just be the first step toward abolishing the death penalty, altogether.

It was Tobias Schmidt who actually invented the thing. The association with the guillotine so embarrassed the doctor’s family they changed their name. One J.M.V. Guillotin, an unrelated physician practicing in Lyons, met his end on the guillotine, giving rise to the myth that the inventor was killed by his own machine. Dr. Joseph-Ignace Guillotin died at home of natural causes, in 1814.

Robespierre was barely in the ground when a certain Corsican corporal was thrown in prison, a suspected supporter of Robespierre. Napoleon Buonaparte would earn a place with the regime in October 1796, 13 Vendémiaire according to the new calendar, by putting down a royalist revolt in the streets.

The Napoleonic era had begun, fifteen years of violence pitting no fewer than 7 international coalitions, against the French war machine. French historian Hippolyte Taine has claimed the Revolution and Napoleonic wars took the lives of 3.1 million Frenchmen, alone. Precise numbers are impossible to determine.

Mark Twain once said that history doesn’t repeat itself, but it does rhyme.

Following a year-long government lockdown and four years of the most divisive politics in American history – even Civil War soldiers from the north and south agreed about 80% of the time – we find ourselves in a period of national hysteria. The capital is surrounded by armed troops, and razor wire. Social media billionaires with funny haircuts and weird beards arrogate to themselves who gets to say what, and when. 1st Amendment be damned.

The wealthiest man on the planet shuts down whole social media channels while #2 rains down cash on racists, claiming to root the racists out of math.

Or maybe men really can give birth and math really is, racist. Who knows, maybe everything will turn out right, after all. Now that we’ve unsexed Mr. Potato Head.