Confusion reigned well into the 18th century. Legal contracts, civic calendars, and the payment of rents and taxes were all complicated by the two calendar system. Military campaigns were won or lost, due to confusion over dates. 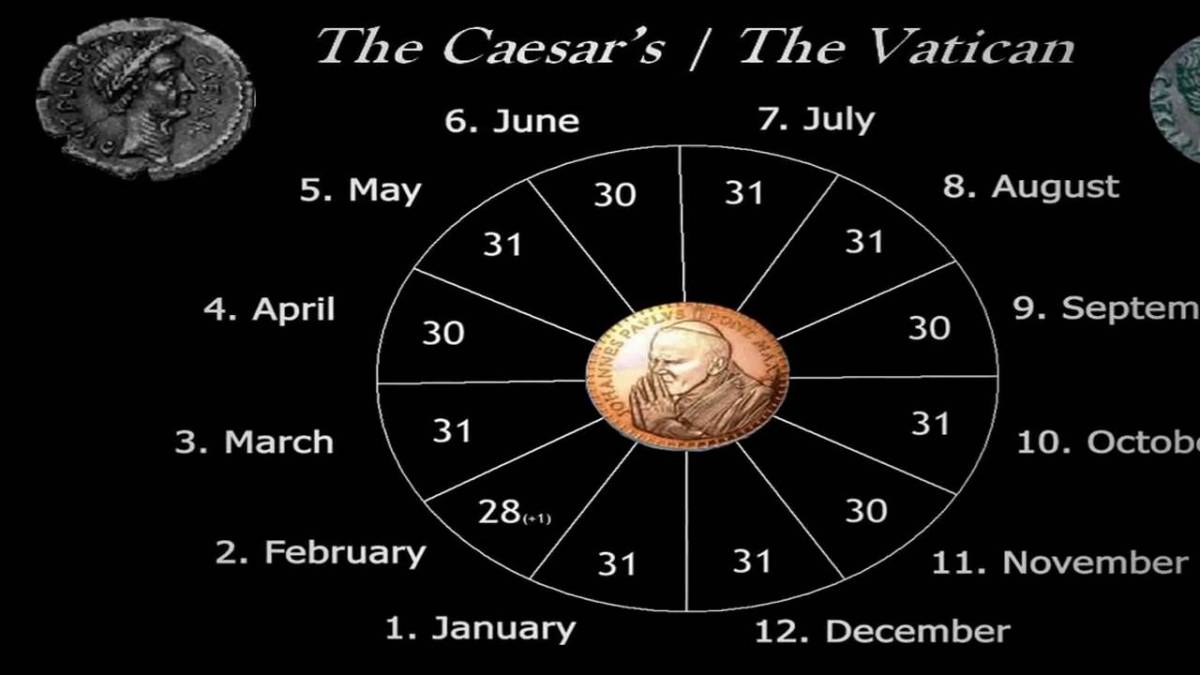 From the 7th century BC, the Roman calendar attempted to follow the cycles of the moon. The method often fell out of phase with the change of seasons, requiring the random addition of days. The Pontifices, the Roman body charged with overseeing the calendar, made matters worse. Days were added to extend political terms, and to interfere with elections. Military campaigns were won or lost due to confusion over dates. By the time of Julius Caesar, things needed to change.

When Caesar went to Egypt in 48BC, he was impressed with the way the Egyptians handled the calendar. The Roman statesman hired the Alexandrian astronomer Sosigenes to help straighten things out. The astronomer calculated a proper year to be 365¼ days, more accurately tracking the solar and not the lunar year. “Do like the Egyptians”, he might have said. The new “Julian” calendar went into effect in 46BC. Caesar decreed that 67 days be added that year, moving the New Year’s start from March to January 1.

This “Julian” calendar miscalculated the solar year by 11 minutes every year, resulting in a built-in error of 1 day for every 128 years.   By the late 16th century, the seasonal equinoxes were ten days out of sync, causing a problem with the holiest days of the Roman church.

In 1579, Pope Gregory XIII commissioned the Jesuit mathematician and astronomer Christopher Clavius, to devise a new calendar to correct this “drift”.  The “Gregorian” calendar was adopted on this day in 1582, omitting ten days that October and changing the manner in which “leap” years were calculated.

The Catholic countries of Europe were quick to adopt the Gregorian calendar, Portugal, Spain, pontifical states, but England and her overseas colonies continued to use the Julian calendar. Confusion reigned well into the 18th century.  Legal contracts, civic calendars, and the payment of rents and taxes were all complicated by the two calendar system. Military campaigns were won or lost, due to confusion over dates. Sound familiar?

Between 1582 and 1752, many English and colonial records included both the “Old Style” and “New Style” year.  The system was known as “double dating” and resulted in date notations such as March 19, 1602/3.  Others merely changed dates. Keyword search on “George Washington’s birthday” for instance, and you’ll be informed that the father of our country was born on February 22, 1732.  The man was actually born on February 11, 1731 but, no matter.  Washington himself recognized the date of his birth to be February 22, 1732, following adoption of the Gregorian Calendar.

Tragically, the exploding heads of historians and genealogists alike are lost, to history..

The “Calendar Act of 1750” set out a two-step process for adoption of the Gregorian calendar.  Since the Roman calendar began on March 25, the year 1751 was to have only 282 days so that January 1 could be synchronized with that date.  That left 11 days to deal with.

You can read about “calendar riots” around this time, though such stories may be little more than urban myth.

Philip Stanhope, 4th Earl of Chesterfield, was a prime sponsor of the calendar measure.  His use of the word “Mobs” was probably a description of the bill’s opponents in Parliament.   Even so, some believed their lives were being shortened by those 11 days, while others considered the new calendar to be a “Popish Plot”.  The subject was very real campaign issue between Tories and Whigs in the elections of 1754.

There’s a story of one William Willett, who lived in Endon. Willett bet that he could dance non-stop for 12 days and 12 nights, starting his jig about town the evening of September 2, 1752. He stopped the next morning, and went out to collect his bets.

I am unable to determine how many actually paid up.

Ever mindful of priorities, the British tax year was officially changed in 1753, so as not to “lose” those 11 days of tax revenue.  Revolution was still 23 years away in the American colonies, but the reaction “across the pond” could not have been one of unbridled joy.

The last nation to adopt the Gregorian calendar was Turkey, formally doing so in 1927.

Back in the American colonies, Ben Franklin seems to have liked the idea of those “lost days”. “It is pleasant for an old man to be able to go to bed on September 2″ he wrote, “and not have to get up until September 14.”

Much to the chagrin of Mr. Clavius, the Gregorian calendar still gets out of whack with the solar cycle, by about 26 seconds every year.  Clever methods were devised to deal with the discrepancy and several hours have already been added, but we’ll be a full day ahead by the year 4909.

I wonder how Mr. Franklin would feel, to wake up and find that it’s still yesterday.