“There is no possible excuse for such a delay”, Lippmann wrote. “The women are dying. If ever a case called for prompt adjudication, it is the case of five crippled women who are fighting for a few miserable dollars to ease their last days on earth. This is a heartless proceeding. It is unmanly, unjust and cruel. This is a case which calls not for fine-spun litigation but for simple, quick, direct justice.” Walter Lippmann, New York World 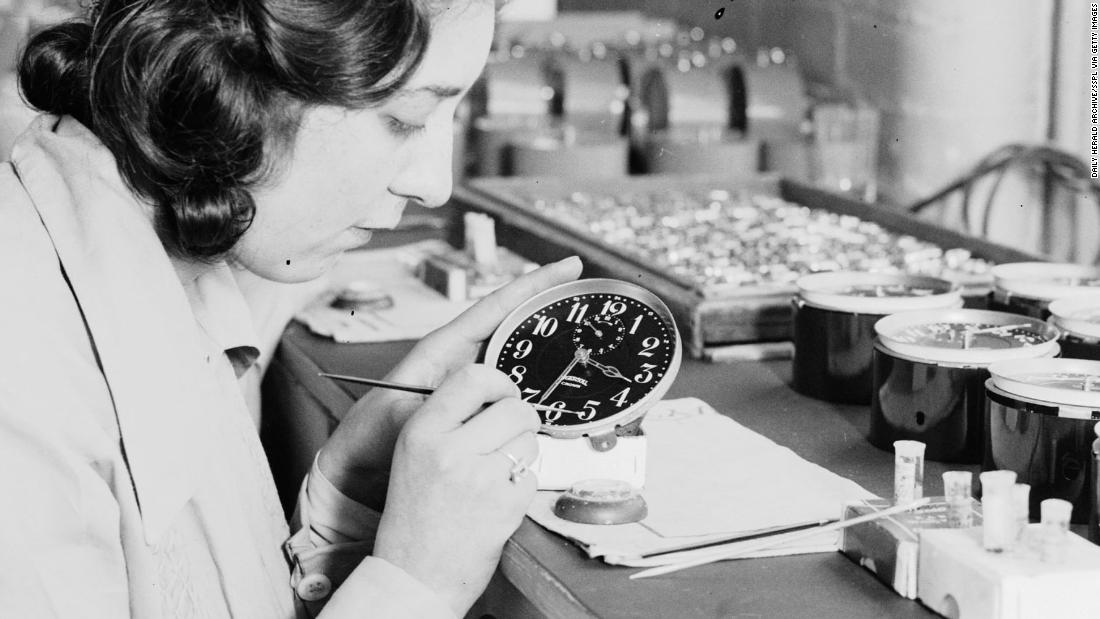 In 1922, a bank teller named Grace Fryer began to feel soreness in her jaw. She was 23 at the time and too young to have her teeth falling out, yet that’s what was happening. Her doctor was able to identify the problem, but couldn’t explain it. Grace Fryer’s jawbones were so honeycombed with holes, they looked like moth eaten fabric. 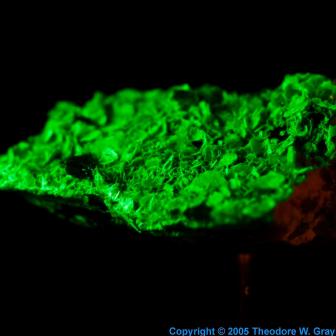 On December 21, 1898, Marie and Pierre Curie discovered the 88th element of the Periodic Table. This new and radioactive element was Radium, one of the ‘alkaline earth metals’.

Curie’s work would make her the first female recipient of a Nobel Prize in 1906, and the only person of either sex to ever win two Nobels, in 1911.

We’ve seen some strange pop culture fads over the years, from goldfish swallowing to pole sitting, but none stranger than the radium craze of 1904.  The stuff was an industrial wonder, a medical cure-all.  Newspapers waxed rhapsodic about cities of the future, streets aglow in the light of radium lamps as smiling restaurant patrons sipped “liquid sunshine”.  Radium plays and dances featured performers, dressed in glow-in-the-dark costumes.  The smiling farmer of the future, tilled glowing fields.  Bartender, I’ll have a Radium Highball. 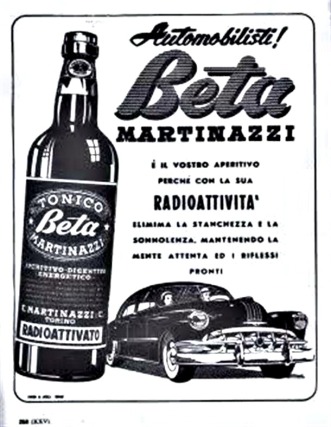 Unseen at the time, one benefit of the craze was that demand for radium vastly outstripped actual production. Prices skyrocketed to $84,500 per gram by 1915, equivalent to $1.9 million today. Authorities warned consumers to be on the lookout for fake radium, while the business in bogus radium products, soared.

WWI broke out in 1914.  It didn’t take long to recognize the advantages of glow in the dark instruments. Any number of companies stepped up to fill the need, but none larger than US Radium and its glow-in-the-dark paint, “Undark”. 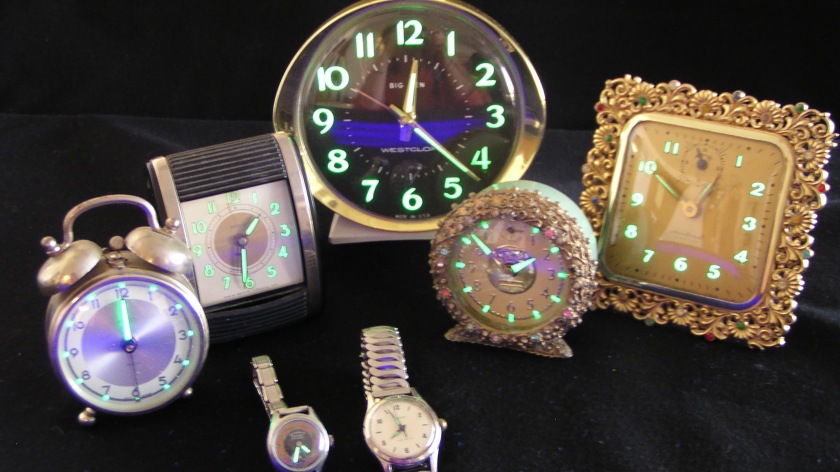 Hundreds of women worked in US Radium’s Orange New Jersey factory, hand painting the stuff on watches, gun sights and other instruments. Radioactivity levels were so small as to be harmless to users of these objects, but not so to the people who made them.

The harmful effects of radiation were relatively well understood by 1917, though the information was withheld from factory workers. Camel hair brushes tended to splay out with use.  Supervisors encouraged the women to sharpen brushes using lips and tongues for a nice, sharp point. The stuff was odorless and tasteless, and some couldn’t resist the fun of painting nails and even teeth with the luminous paint. The only side effects of all that radium, they were told, would be rosy cheeks.

They were paid eight cents a dial. 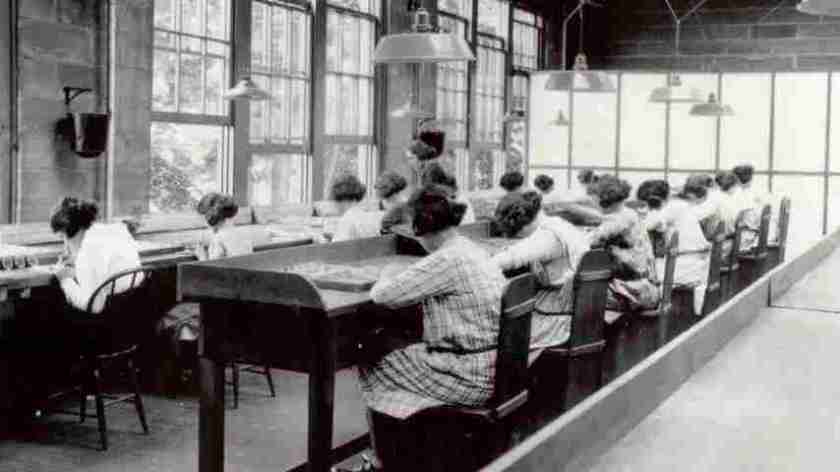 The active ingredient in Undark was a million times more active than Uranium, and company owners and scientists knew it. Company labs were equipped with lead screens, masks and tongs, while literally everything on the factory floor, glowed.

Frances Splettscher died in 1925 at age 21, suffering severe anemia and unbearable toothaches.  At one point a dentist pulled a tooth.  Part of her jaw, came with it.

Doctors began to suspect that Grace Fryer’s condition may be related to her previous employment in US Radium. By that time she was seriously ill, yet Columbia University “Specialist” Frederick Flinn and a “Colleague” pronounced her to be in “fine health”.

Only later were the two revealed to be company executives.

The report filed with the New Jersey Department of Labor omitted all of it, describing conditions in glowing terms (pun not intended), claiming that “every girl is in perfect condition”. 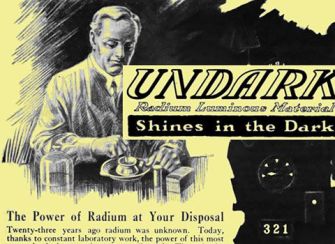 Reports of illness among other women came flooding in. US Radium took to assassinating the character of these women, claiming that their symptoms resulted from syphilis.

The newspapers dubbed them “radium girls”. The health of all five plaintiffs was deteriorating rapidly, while one stratagem after another was used to delay proceedings. By the first courtroom appearance in January 1928, none could so much as raise her arm, to take the oath. Grace Fryer was altogether toothless by this time, unable to walk and requiring a back brace even to sit up.

One dial painter, Amelia “Mollie” Maggia, died on September 12, 1922.  She was twenty-six.  Mollie’s lower jaw was removed in the last months of her life, the cause of death ruled as syphilis.  Mollie’s dentist wasn’t buying it. Dr. Joseph Knef placed her jawbone on a piece of dental film.  The resulting image showed “absurd” levels of radiation. 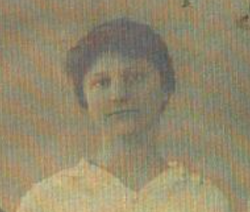 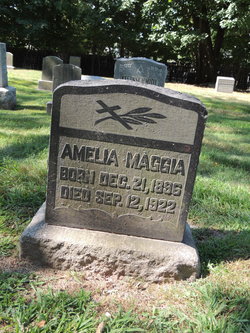 Mollie Maggia was exhumed on October 15, 1927 in the presence of six-man teams of doctors and lawyers from both sides, two brothers-in-law and her father, Valerio.  Her bones spoke from beyond the grave, words she herself could no longer say.  To hell with the character assassins, doctors found zero evidence of syphilis.  “Each and every portion of tissue and bone tested”, they said. “gave evidence of radioactivity.”

The radium girls were far too sick to attend the next hearing in April, when the judge ordered a continuation to September, an accommodation to several company witnesses “summering” in Europe. 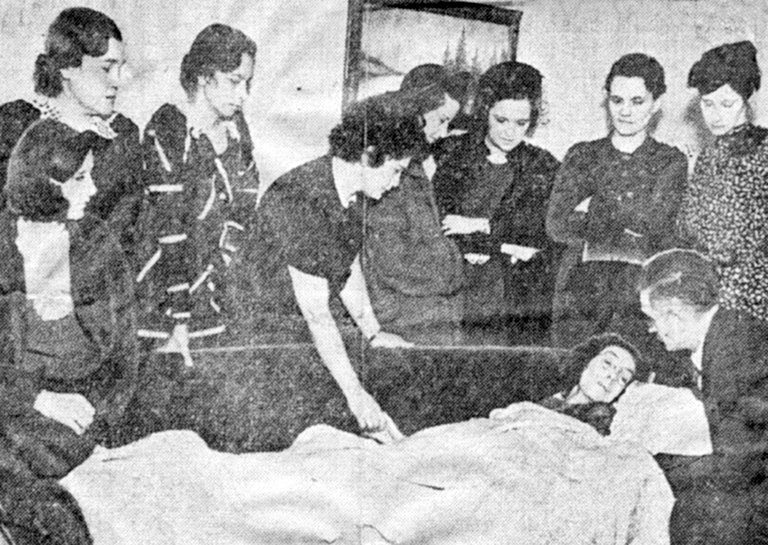 Walter Lippmann of the New York World called the proceedings a “Damnable travesty of justice”. “There is no possible excuse for such a delay”, Lippmann wrote. “The women are dying. If ever a case called for prompt adjudication, it is the case of five crippled women who are fighting for a few miserable dollars to ease their last days on earth. This is a heartless proceeding. It is unmanly, unjust and cruel. This is a case which calls not for fine-spun litigation but for simple, quick, direct justice.”

Delay was a deliberate and sleazy tactic, and it worked. Plaintiffs accepted a settlement of $10,000 apiece plus legal fees, and a $600 annual annuity.  The deal was mediated by Judge William Clarke, himself a US Radium stockholder. None of the plaintiffs lived long enough to cash more than one or two annuity checks.

Dr. Sabin Arnold von Sochocky, the paint’s inventor, died of aplastic anemia in 1928, a victim of his own creation.  Marie Curie herself was dead by 1934, poisoned by radiation. With a half-life of 1,600 years, her lab notebooks remain too hot to handle, to this day.

Radium was synthesized for the first time two years later, on February 4, 1936.  One would hope that factory workers using the stuff, were no longer encouraged to sharpen their brushes, with their tongues.