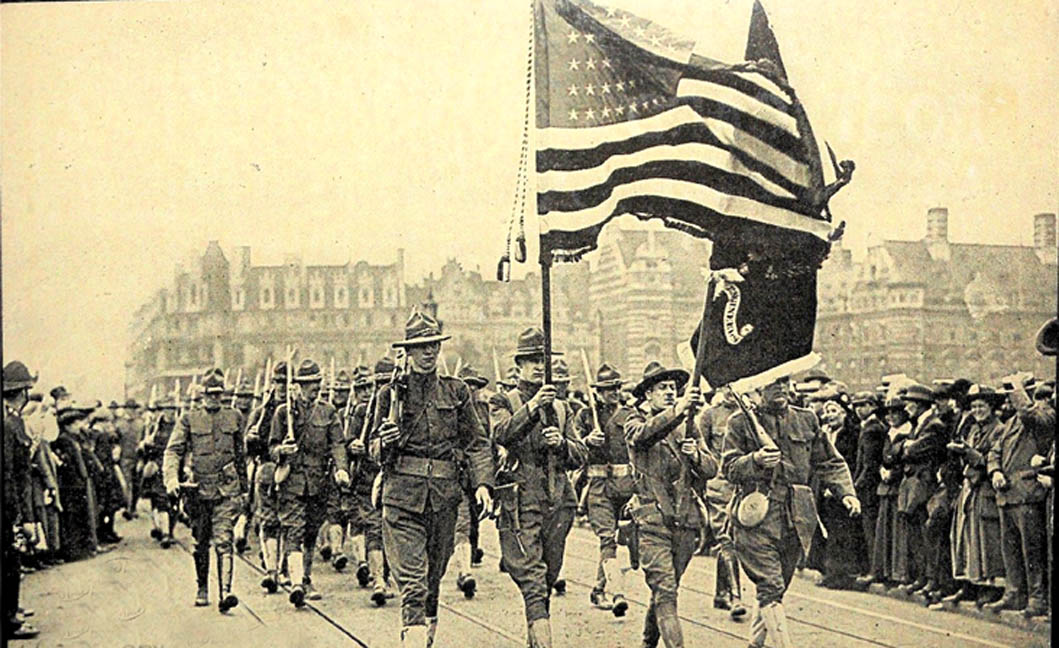 On June 28, 1914, the assassination of Archduke Franz Ferdinand  began a cascade of events which would change the course of the 20th century.  Entangling alliances and mutual suspicion led to the mobilization and counter-mobilization of armies.  No one wanted to show up late in the event of war.  And so there was war.  By October, the “Great War” had devolved into the trench-bound hell which would characterize the next four years.

The German and British economies were heavily dependent on imports to feed their populations and prosecute the war effort. By February 1915, both powers were attempting to throttle the other through naval blockade.

Great Britain’s Royal Navy had superior numbers, while the Imperial German Navy’s surface fleet was restricted to an area of the North Sea called the German Bight. In other theaters, Germans augmented their small navy with commerce raiders and “unterseeboots”.  More than any other cause it was the German policy of unrestricted submarine warfare which would bring the United States into the war, two years later.

On February 4, 1915, Imperial Germany declared a naval blockade against shipping to Britain, stating that “On and after February 18th every enemy merchant vessel found in this region will be destroyed, without its always being possible to warn the crews or passengers of the dangers threatening”. “Neutral ships” it continued, “will also incur danger in the war region”.

As the war unfolded, German U-boats sank nearly 5,000 ships, close to 13 million gross register ton including the Cunard Liner Lusitania, torpedoed and sunk off Kinsale, Ireland, on May 7, 1915. 1,198 were drowned, including 128 Americans.  100 of the dead, were children. .

The reaction in the US and UK was immediate and vehement. The sinking was portrayed as the act of barbarians and Huns. Imperial Germany maintained that Lusitania was illegally transporting munitions intended to kill German boys on European battlefields. Furthermore, the embassy pointed out that ads had been taken out in the New York Times and other newspapers, specifically warning that the liner was subject to attack.

Unrestricted submarine warfare was suspended for a time, for fear of bringing the US into the war.  The policy was reinstated in January 1917 prompting then-Chancellor Theobald von Bethmann Hollweg to say, “Germany is finished”.  He was right.

SS Housatonic was stopped off the southwest coast of England and boarded by German submarine U-53.  American Captain Thomas Ensor was interviewed by Kapitänleutnant Hans Rose, who said he was sorry.  Housatonic was “carrying food supplies to the enemy of my country”, and would be destroyed.  The American Captain and crew were allowed to launch lifeboats and abandon ship, while German sailors raided the American submarine, for soap supplies.

Housatonic was sunk with a single torpedo, U-53 towing the now-stranded Americans toward the English coast.  Sighting the trawler Salvator, Rose fired his deck guns to be sure they’d been seen, and then slipped away.  It was February 3, 1917.

President Woodrow Wilson retaliated, breaking off diplomatic relations with Germany the following day. Three days later, on February 7, a German U-boat fired two torpedoes at the SS California, off the Irish coast. One missed but the second tore into the port side of the 470-foot, 9,000-ton steamer. California sank in nine minutes, killing 43 of her 205 passengers and crew.

Two weeks later, British Intelligence divulged the Zimmermann note to Edward Bell, secretary to the United States Embassy in Britain.  This was an overture from German Foreign Minister Arthur Zimmermann to the Mexican government, promising American territories in exchange for a Mexican declaration of war against the US.

“We intend to begin on the first of February unrestricted submarine warfare. We shall endeavor in spite of this to keep the United States of America neutral. In the event of this not succeeding, we make Mexico a proposal of alliance on the following basis: make war together, make peace together, generous financial support and an understanding on our part that Mexico is to reconquer the lost territory in Texas, New Mexico, and Arizona…”