Rollo was called “The Walker”, because the man was so huge that no horse could carry him. He must have been some scary character with a two-handed battle axe. 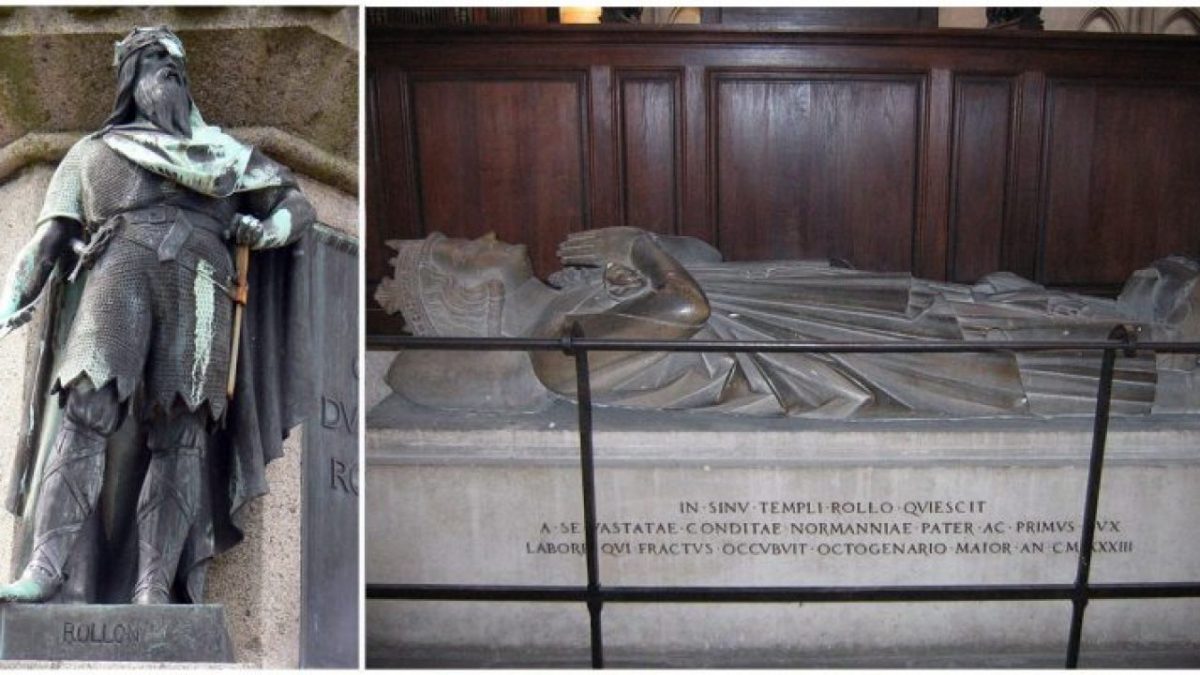 The warlike men who sailed their longboats out of the north tormented the coastal UK and northwestern Europe, ever since their first appearance at Lindisfarne Monastery in 793.

In the year 911, these “Norsemen” or “Normans” attacked the city of Paris. By July, they were holding the nearby town of Chartres under siege. Normans had burned the place to the ground back in 858 and would probably have done so again, but for their defeat at the battle of Chartres on July 20.

Even in defeat, these people presented a formidable threat. The Frankish King approached them with a solution.

King Charles III, known as “Charles the Simple” after his plain, straightforward ways, proposed to give the Normans the region from the English Channel to the river Seine. It would be the Duchy of Normandy, some of the finest farmlands in northwest Europe, and it would be theirs in exchange for an oath of loyalty to Charles.

The deal made sense for the King, because he had already bankrupted his treasury paying these people tribute. And what better way to deal with future Viking raids down the channel, than to make them the Vikings’ own problem?

So it was the Treaty of Saint-Clair-sur-Epte was concluded on this day or thereabouts in 911, when the Viking Chieftain Rollo pledged feudal allegiance to the King of Western Francia. Rollo was called “The Walker”, because the man was so huge that no horse could carry him. He must have been some scary character with a two-handed battle axe.

At some point in the proceedings, The Walker was expected to stoop down and kiss the king’s foot, in token of obeisance. Rollo recognized the symbolic importance of the gesture, but wasn’t about to submit to such degradation himself. The chieftain motioned to one of his lieutenants, a man almost as enormous as himself, to kiss the king’s foot. The man shrugged, reached down and lifted King Charles off the ground by his ankle. He kissed the foot, and tossed the King of the Franks aside.  Like a sack of potatoes

One thought on “September 1 (estimated), 911 Normandy”