Long before the American entry in 1917, individual sympathies brought Americans into the war to fight for Britain and France. They traveled to Europe to fight the Axis Powers joining the Foreign Legion, the Flying Corps or, like Ernest Hemingway, the Ambulance Service. 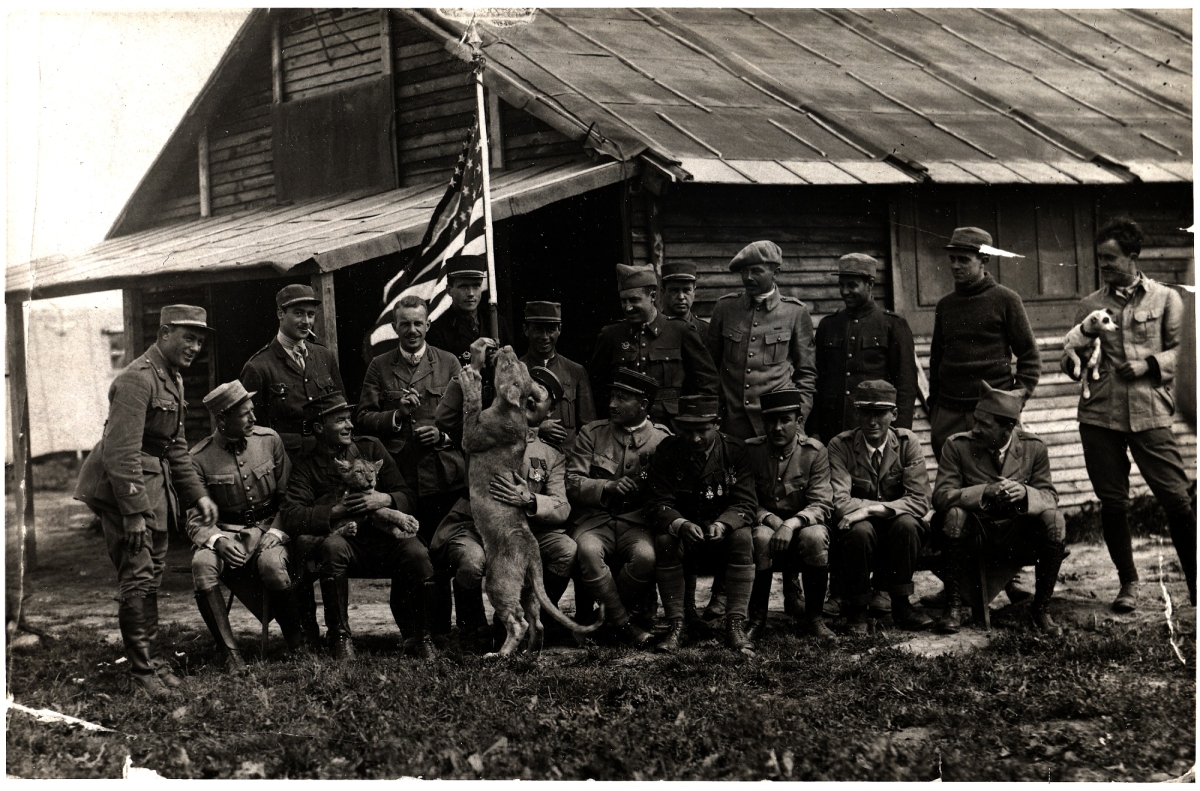 Knowing his father would not approve, Norman Prince of Beverly Massachusetts concealed his flight training.  Using the name George Manor,  Norman earned his wings in 1911 in the Quincy, Massachusetts neighborhood of Squantum.

A fluent French speaker with a family estate in Pau, France, Norman sailed in January 1915, to join the French war effort.

The earliest vestiges of the American Hospital of Paris and what would become the American Ambulance Field Service can be found five years earlier, in 1906. Long before the American entry in 1917, individual sympathies brought Americans into the war to fight for Britain and France. They traveled to Europe to fight the Axis Powers joining the Foreign Legion, the Flying Corps or, like Ernest Hemingway, the Ambulance Service.

Prince would not live to see the article, in print.

Sergeant Norman Prince caught a landing wheel on a telegraph wire after a bombing run on October 12, 1916, sustaining massive injuries when his plane flipped over and crashed.  He was promoted to sous (2nd) lieutenant on his death bed and awarded the Legion of Honor.  He died three days later, at the age of 29.

William Thaw II of Pittsburgh was the first pilot to fly up New York’s East River under all four bridges, the first American engaged in aerial combat in the war.

Thaw pooled his money with three other pilots to purchase a male lion cub, the first of two such mascots kept by the Escadrille.  He bought the lion from a Brazilian dentist for 500 francs and bought a dog ticket, walking the lion onto the train on a leash.

Explanations that this was an “African dog” proved less than persuasive, and the pair was thrown off the train.  “Whiskey” would have to ride to his new home in a cage, stuck in cargo.

A female lion, “Soda”, was purchased sometime later.  The lions were destined to spend their adult years in a Paris zoo but both remembered from whence they had come.  Both animals recognized William Thaw on a later visit to the zoo, rolling onto their backs in expectation of a good belly rub.

French Lieutenant Colonel Georges Thenault owned a “splendid police dog” named Fram who was the best of friends with Whiskey, though he learned to keep to himself at dinner time.

Originally authorized on March 21, 1916 as the Escadrille Américaine (Escadrille N.124), American pilots wore French uniforms and flew French aircraft.  Nevertheless, Germany was dismayed at the existence of such a unit and complained that the neutral United States appeared to be aligning with France.

Five French officers commanded a core group of 38 American volunteers, supported by all-French mechanics and ground crew.  Rounding out the Escadrille were the unit mascots, the African lions Whiskey and Soda.

This early in aviation history, flying duty was hazardous to say the least.  Planes were flimsy and plagued with mechanical difficulties. Machine guns jammed and other parts failed when they were needed most.  There were countless wounds in addition to fatal injuries. At least one man actually asked to be sent back to the trenches, where he felt safer.

The first major action of the Escadrille Américaine took place at the Battle of Verdun on May 13, 1916.

Kiffin Rockwell of Newport Tennessee became the first American to shoot down an enemy aircraft on May 18, later losing his own life when he was shot down by the gunner in a German Albatross observation plane on September 23. French born American citizen Raoul Lufbery became the squadron’s first Ace with 5 confirmed kills, and went on to be the highest scoring flying ace in the unit with 17 confirmed victories. He was killed on May 19, 1918 when his Nieuport 28 flipped over while he attempted to clear a jam in his machine gun.

The unit sustained its first fatality on June 24, 1916 when Victor Chapman was attacked by German flying ace Leutnant Kurt Wintgens, north of Douaumont.  Chapman was carrying oranges at the time, intended for his buddy Clyde Balsley, who was in hospital recuperating from an earlier incident.

Ossining, New York native Edmond Genet was a bit of a celebrity among American expats, as the second-great grandson of Edmond-Charles Genêt, of the Founding-era Citizen Genêt Affair.  Genet sailed for France at the end of January 1915, joining the French Foreign Legion, and finally the Lafayette Escadrille on January 22, 1917.

Genet had left while on leave from the US Navy, and was therefore classified as a deserter. The decision weighed heavily on him.  Edmond Genet was shot down and killed by anti-aircraft artillery on April 17, eleven days after the American declaration of war, officially making him the first American fatality in the War to end all Wars.  The war department sent his family a letter after his death, stating that his service was considered in all respects, honorable.

38 American pilots passed through the Lafayette Escadrille, “the Valiant 38”, eleven of whom were either killed in action or died later as the result of wounds received.  The unit flew for the French Air Service until the US’ entry into the war, when it passed into the 103rd Aero Squadron, American Expeditionary Force.

The Lafayette Escadrille is often confused with the much larger Lafayette Flying Corps, and the movie “Flyboys” adds to the confusion.  The Flying Corps was different from the Escadrille, the former coming about as the result of widespread interest in the exploits of the latter.  American volunteers were assigned individually or in groups of two or three to fly in various French Aviation units, but, prior to US entry into the war.  The Lafayette Escadrille was the only one to serve as a single organization.

All told, 267 American volunteers applied to serve in the Lafayette Flying Corps, credited with downing 199 German planes at the cost of 19 wounded, 15 captured, 11 dead of illness or accident, and 51 killed in action.