Five musicians were shocked to realize the shooter was the man they had worked for in those earlier months at that burned out dive bar.  The Skyline Lounge.

Jacob Leon Rubenstein was a problem child, growing up on the west side of Chicago. Marked a juvenile delinquent in his adolescence, Rubenstein was arrested for truancy at age 11, eventually skipping enough school to spend time at the Institute of Juvenile Research.

As with Peanuts cartoonist Charles M Shulz, those who knew Jacob Rubenstein called him “Sparky”. Some say the nickname came from a resemblance to “Sparkplug”, the old nag with the patchwork blanket from the Snuffy Smith cartoon strip.

Rubenstein hated the nickname and was quick to fight anyone who called him that. It may have been that hot temper, that made the name stick.

Rubinstein spent the early 1940s at racetracks in Chicago and California, until being drafted into the Army Air Forces, in 1943. Honorably discharged in 1946, he returned to Chicago before moving to Dallas, the following year.

Rubenstein managed a seedy collection of Dallas nightclubs and strip joints, featuring such fine ladies as “Candy Barr” and “Chris Colt and her ’45’s”.  Somewhere along the line, Rubinstein shortened his name to “Ruby”.

Ruby was a low-rent gangster, involved in typical underworld activities like gambling, narcotics and prostitution. There were rumored associations with Mafia boss Santo Trafficante.

Not-so-honest members of the Dallas police force knew that Ruby was always good for free booze, free prostitutes, and other favors.

This was not a good guy. 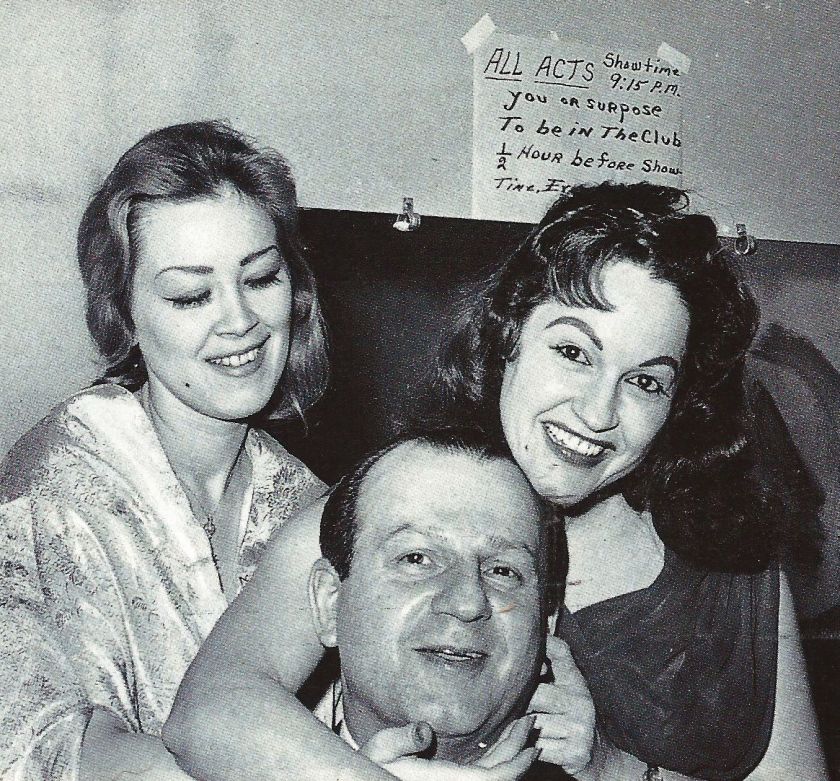 Today, you may know Rick Danko, Levon Helm, Garth Hudson and Robbie Robertson as musicians who played with Bob Dylan in 1965, later going on the road as “The Band” and performing such rock & roll standards as “The Night they Drove Old Dixie Down”, “Up on Cripple Creek” and “The Weight”.

In the early days, these guys were playing with a Canadian/American rocker named Ronnie Hawkins.  The joints these guys played were so rough they performed with blackjacks, hidden in special pockets sewn into their coats.   Robertson writes in a new memoir:  “We bought small derringer pistols, switchblades, black-jacks, brass knuckles, even tear-gas pens – whatever could be easily concealed and quickly accessed”.

In 1963, the group played a week in one “burnt out, blown up” dump in Fort Worth.  It was an enormous venue with no one there that first night, save for two couples, a pair of drunk waiters and a one-armed go-go dancer.  The band had yet to finish the first set when a fight broke out.  Some sort of weapon came out and a man was tear-gassed at point blank range.   Coughing and choking the band played on for no one, with teargas wafting across the stage and faces wet with tears. 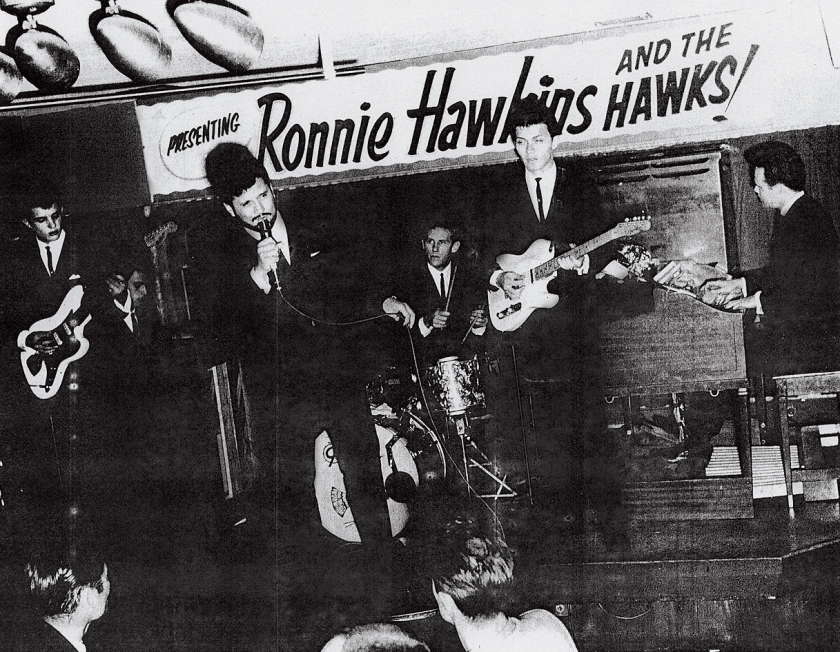 Part of the roof had blown off this joint.  Either that or it burned off, depending on which version you believed.  Jack, the club owner, tore off the rest of it and kept the insurance money, calling this fine establishment, the “Skyline Lounge”.

Jack felt no need to pay for security, not even with the roof gone.  Jaws grinding from a seemingly endless appetite for “uppers”, Jack said “Boys, this building ain’t exactly secure enough for you to leave your musical equipment unattended.” Band members were told they’d best stay overnight, with guns, lest anyone come over the wall to steal their equipment.

That November, John Fitzgerald Kennedy came to Dallas.  The Presidential motorcade departing Love Field the morning of November 22.  The open car  with the President in the back with First Lady, Jacqueline Kennedy.  Texas Governor and First Lady John and Idanell “Nellie” Connally, in the jump seats.   At 12:29, the Presidential limousine executed a right turn from Main Street onto Houston Street and entered Dealey Plaza. 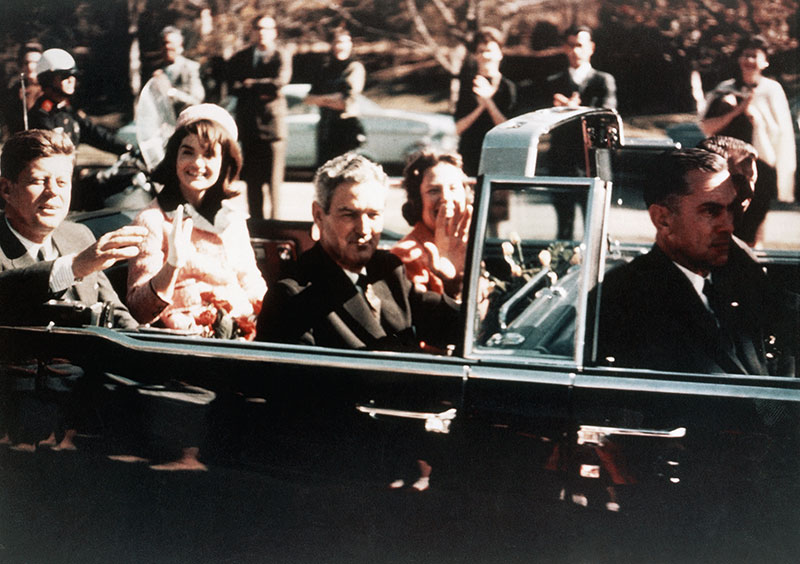 A minute later, shots rang out.

The President of the United States was shot, the first bullet striking the upper back and exiting his throat.  With mouth open in anguish and clenched fists rising to his face and neck, the stricken man turned to his wife as his head exploded, the second shot tearing into the right side of his skull.  The First Lady, splattered with the blood and brains of her husband and now screaming, crawled onto the trunk as Secret Service Agent Clint Hill scrambled on board the car, now speeding away.  Somewhere along the line, Governor Connally was also shot.  A spectator was wounded by flying debris.

The nation was stunned.  It was the first Presidential assassination in over a half-century. I was 5 at the time and remember that day, like it was just last week.

An hour after the shooting, a former marine and a rare defector to the Soviet Union named Lee Harvey Oswald killed Dallas police officer J.D. Tippit, who had stopped him for questioning. Thirty minutes later, Oswald was arrested in a movie theater.

By Sunday, November 24, Oswald was formally charged with the murders of President John F. Kennedy and Dallas police officer J. D. Tippit.  He was taken to the basement of Dallas police headquarters, where an armored car waited to transport the prisoner to a more secure county jail. The scene was crowded with press and police.

Half the country watched on live television as a figure came out of the crowd, firing a single bullet from a .38 revolver into the belly of Lee Harvey Oswald. 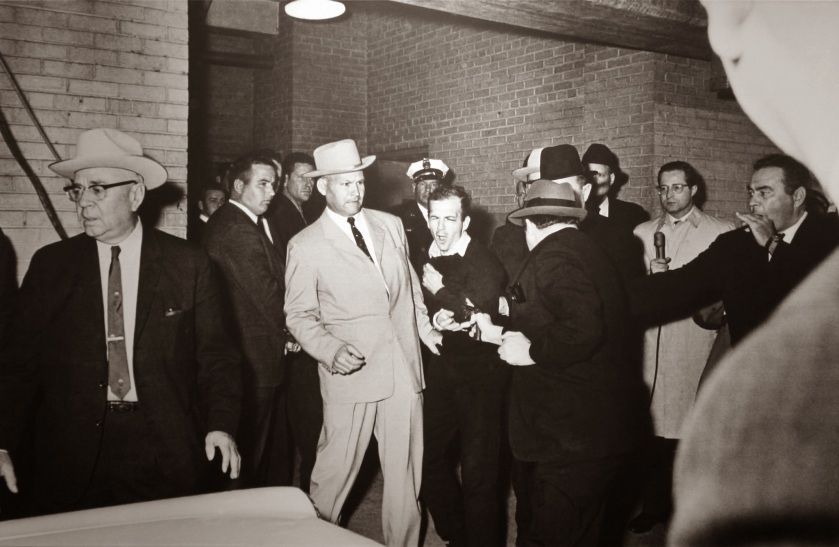 Five musicians were shocked to realize the shooter was the man they had worked for in those earlier months at that burned out dive bar.  The Skyline Lounge.

Lee Harvey Oswald was taken unconscious to Parkland Memorial Hospital.  The same hospital in which the president had died, two days earlier.  Within two hours he too, was dead.

On March 14, 1964, Jack Ruby was sentenced to death in the murder of Lee Harvey Oswald. The Texas Court of Criminal Appeals overturned Ruby’s conviction in October 1966, on the grounds that the trial should have taken place in a different county than that in which his high profile crime, had taken place.  Ruby died of lung cancer the following January, while awaiting retrial. 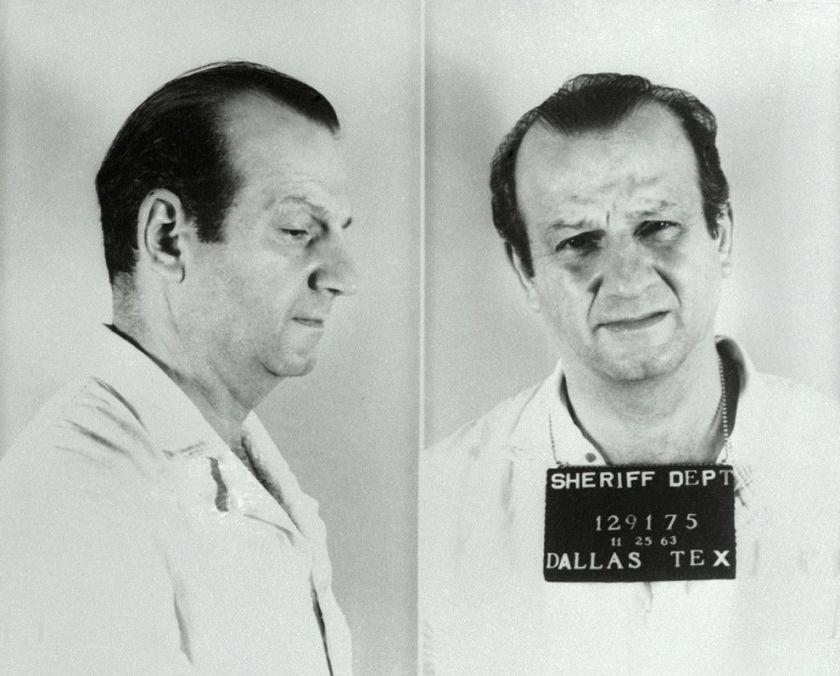 The Warren Commission found no evidence linking Jack Ruby’s murder of Lee Harvey Oswald, to any broader conspiracy to assassinate the President.  What became of Jacob Leon “Sparky” Rubenstein’s Skyline Lounge, is unknown to this writer.