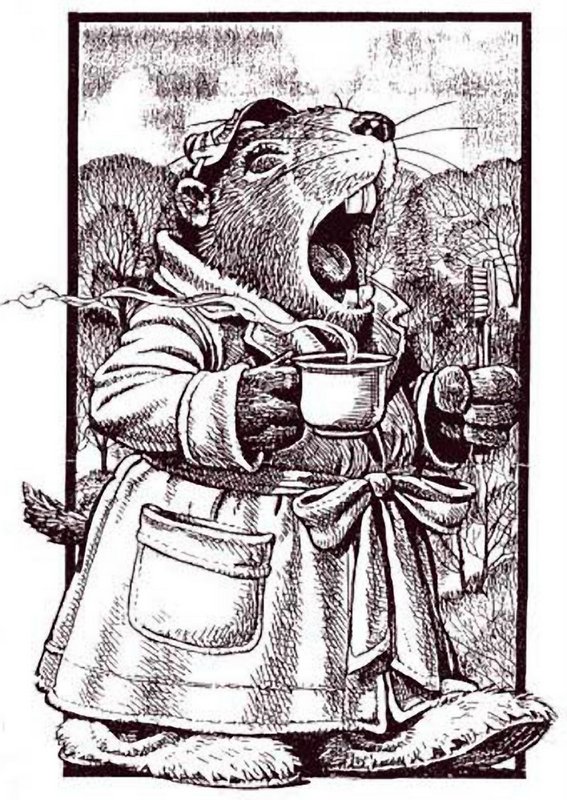 Here on Sunny Cape Cod™, we have a joke about the four seasons.  There’s “Almost Winter”, “Winter”, “Still Winter” and “Bridge Construction”.

Midway between Winter Solstice and Spring Equinox and well before the first crocus of spring has peered out across the frozen tundra, there is a moment of insanity which helps those of us living in northern climes get through to that brief, blessed season of warmth when the mosquitoes once again have their way with us.

The ancient Romans observed a mid-season festival on February 5, the pagan Irish on February 1. For Christians, it was February 2, Candlemas day, a Christian holiday celebrating the ritual purification of Mary.  For reasons not entirely clear, early Christians believed there would be six more weeks of winter if the sun came out on Candlemas Day.

Clergy would bless and distribute candles needed for winter, their length representing how long and cold the winter would be. Germans expanded on the idea by selecting an animal, a hedgehog, as a means of predicting weather. Once a suitable number of Germans had come to America, they switched over to a more local rodent: Marmota monax. The common Groundhog.

Groundhogs hibernate for the winter, an ability some people of my acquaintance, would love to master. During that time, the animal’s heart rate drops from 80 beats per minute to 5 as the slumbering rodent lives off stored body fat.  Another ability some of us could learn to appreciate, very much.

The male couldn’t care less about the weather; he comes out of his burrow in February in search of a mate. If uninterrupted, he will fulfill his groundhog mission of love and return to earth, not coming out for good until sometime in March.

But then there is the amorous woodchuck’s worst nightmare in a top hat, the groundhog hunter.

Groundhogs are something of a regional delicacy, said to taste like a cross between pork, and chicken.  In the 1880s, groundhog hunters hosted annual Groundhog day festivals in addition to summer hunts, followed by picnics featuring steaming dishes like Country-Style Groundhog, Groundhog and Sweet Potatoes and Waco Groundhog in Sour Cream, all of it washed down with “groundhog punch” consisting of vodka, milk, eggs, orange juice “and other ingredients.”  Yumm.

One group of groundhog hunters in Punxsutawney, Pennsylvania, imaginatively called themselves the Punxsutawney Groundhog Club. One of them, a newspaper editor, declared on February 2, 1887, that their groundhog “Punxsutawney Phil, Seer of Seers, Sage of Sages, Prognosticator of Prognosticators, and Weather Prophet Extraordinary“, was the only true weather forecasting rodent. 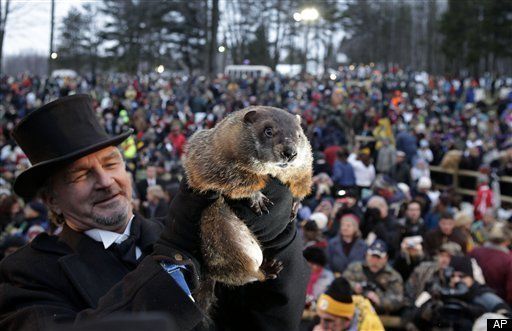 There are those who would dispute the Gobbler’s Knob crowd and their claims to Punxsutawney Phil’s weather forecasting prowess. Alabama has “Birmingham Bill”, and Canada has Shubenacadie Sam. New York can’t seem to decide between Staten Island Chuck and New York City’s very own official groundhog, “Pothole Pete”.

Today, Phil himself is no longer on the menu.  Groundhog punch has given way to a magic elixir said to give Punxatawney’s hundred-year-old rodent, seven more years of life.  Since 2010, Punxatawney Faithful can get text message alerts concerning the prognostications of their favorite rodent.  (Text “Groundhog” to 247365, if you’re interested).

There is no word for groundhog in Arabic.  Accounts of this day in the Arab press translate the word as جرذ الأرض or, “Ground Rat”.  If that’s not enough to make us all the life of the party, I don’t know what is.

If anyone were to bend down and ask Mr. Ground Rat his considered opinion on the matter, he would probably cast a pox on all our houses. It’s been a long winter. Mr. Ground Rat’s all dressed up for a date.  He has other things on his mind. 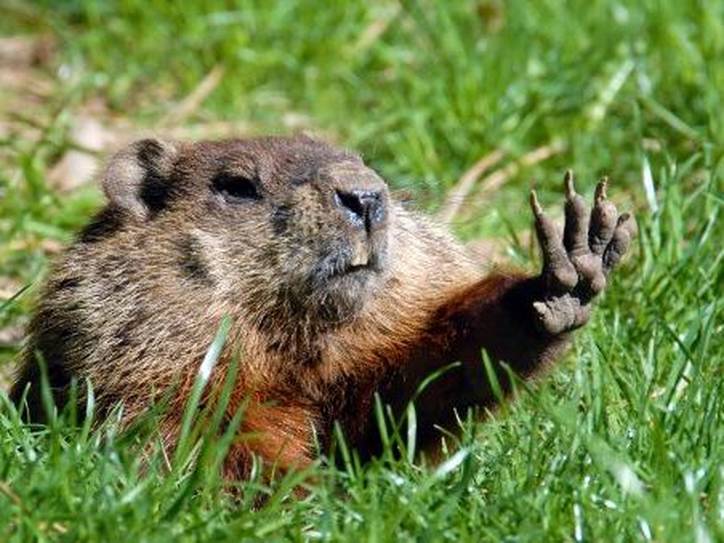