Arthur Reuel Tolkein died unexpectedly in South Africa, when his older boy was four.  The family’s departure left John Ronald Reuel with only “slight but vivid” memories of Africa. One of them involved an encounter with an enormous, hairy, spider.

Sometime around 1890, opportunities for promotion led Arthur Reuel Tolkien to South Africa, where the bank clerk became manager of the Bloemfontein branch of the Bank of Africa.  Tolkein’s fiancée Mabel joined him in the Orange Free State in 1891, and the couple was married that April.  The first of two boys arrived the following year. They called him John Ronald Reuel.

Mabel returned to England shortly after the birth of their second son, believing the climate to be healthier than that of the African continent.  She may have been right. Arthur died unexpectedly in South Africa, when the older boy was four.  The family’s departure left John Ronald with only “slight but vivid” memories of Africa. One of them involved an encounter with an enormous, hairy, spider.

The family lived for a time next to a rail line, south of Birmingham. John always had an interest in languages, even before he began to invent words of his own. It must have fired the young boy’s linguistic imagination to see the Welsh coal trucks go by, with names like “Nantyglo“, “Penrhiwceiber” and “Senghenydd”, painted on their sides.

These  were difficult times for the Tolkein family, which only became worse when Mabel succumbed to diabetes.  Now orphaned, John Ronald Reuel was only twelve years old.

At King Edward’s school, one Father Francis looked after the boys’ spiritual and educational development.  Here J.R.R. mastered Latin and Greek, while gaining competence in a number of other languages.  John would make up entire languages for fun, while he and a few school chums met regularly after school as the “TCBS” (Tea Club and Barrovian Society), exchanging and criticizing one another’s literary work.

Tolkien served briefly on the Western Front of the Great War, before contracting a typhus-like infection called “trench fever”. He convalesced back in England, and served out the rest of the war on Home Duty. Most of JRR’s TCBS friends had been killed by this time, and he wrote of his experiences in their memory. “…in huts full of blasphemy and smut, or by candle light in bell-tents, even some down in dugouts under shell fire“.

It’s easy to see these early experiences in the author’s first works, the notes he called his “Legendarium”: the Deep Elves, the wars against Morgoth, the siege and fall of Gondolin and Nargothrond.

Tolkien took a professorship at Oxford after the war, where he one day found himself correcting papers. For some reason or no reason at all, one of his students had left a page blank. Who knows what possessed the professor but he wrote on the page “In a hole in the ground there lived a hobbit“.

Tolkien’s musings grew into a narrative tale, a story he shared with his children. It grew from there when the publishing firm George, Allen and Unwin got hands on an incomplete typescript, and encouraged the professor to finish his work. J.R.R. Tolkein’s tale was published on this day in 1937, under the title “The Hobbit“.

The Hobbit was so successful, the publisher asked if Tolkein had similar material available for release.  By this time, Tolkien’s Legendarium had taken a more complete form which he was calling his “Qenya Silmarillion”.  Tolkien submitted the work to mixed reviews. the prevailing sense being that the work was not commercially viable. 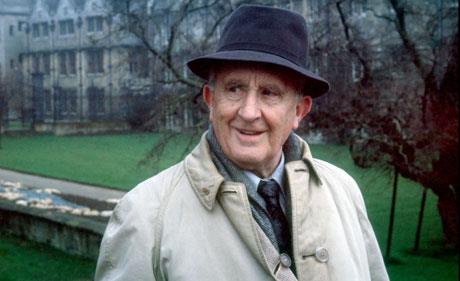 The author was disappointed by the setback, but agreed to take up the challenge of writing “The New Hobbit”.  This writer was anything but hurried.  It took 16 years of coaxing and prodding by the now-grown son of one of the publishers, Rayner Unwin. Tolkien even offered the work to a rival publisher at one point, but they backed off the project on realizing the scope and size of the work.

J.R.R. Tolkein’s tale grew and blossomed into far more than a children’s story, published in three parts in 1954-1955 under the title “Lord of the Rings“. Early misgivings that the project would be a financial loss, soon evaporated.

Author and publisher alike had greatly underestimated the public appeal of Tolkien’s work. As of 2017, the Lord of the Rings trilogy ranked among the top-ten selling books of all time, including the Holy Bible, the Islamic Qu’ran and the book of Mormon. Taken together, the Peter Jackson Hobbit film trilogy of 2012 achieved the highest worldwide Box Office, of all time.