In 380BC, Plato described a system of state-controlled human breeding in the Socratic dialogue “The Republic”, introducing a “guardian class” to watch over over his ideal society.

In the 19th century, the British statistician Francis Galton studied the theories of his cousin Charles Darwin on the evolution of species, applying them to a system of selective breeding intended to bring “better” human beings into the world.  He called this his theory of “Eugenics”.

In the United States, 30 states passed legislation at the height of the movement, legalizing the involuntary sterilization of individuals considered “unfit” for reproduction. All told, some 60,000 individuals were forcibly sterilized in state-sanctioned procedures.

The race to perfect worldwide “genetic hygiene” reached its zenith with the “sterilization law” enacted in Nazi Germany on July 14, 1933. The German measure borrowed heavily from the statutes of American educator and Eugenics Record Office (ERO) Director Harry H. Laughlin, taking such measures a step further by allowing compulsory sterilization of any citizen displaying one of a long list of supposed genetic disorders, not just those confined to institutions.

In the wake of World War II, West German authorities were loath to apply such strict congenital examination. Pathologist Franz Büchner would go on to propagate his theories of Teratology, stating that healthy nutrition and behavior of expecting mothers was more important for the health of the child, than genetic considerations. The idea would prove to be a disastrous oversight.

The German company Chemie Grünenthal (now Grünenthal GmbH) was established to address the urgent need for antibiotics. and other pharmaceuticals. In 1953, company scientists developed a two-step procedure for synthesizing a new molecule. The compound underwent rodent testing and further revision, the new drug “Thalidomide” introduced in 1956, as a sedative.

Researchers at Chemie Grünenthal found the drug an effective remedy for vomiting and nausea, an important remedy for morning sickness in expectant mothers. It was a “wonder drug”, a cure for ailments from insomnia to coughs and colds, claiming to cure “anxiety…gastritis, and tension”.

Thalidomide acceptance was far from universal. Regulatory authorities in East Germany refused approval. In the United States, the U.S. Food and Drug Administration (FDA) denied widespread marketing and distribution though large quantities were released, for testing.  Approximately 875 people were involved in such trials, including a number of pregnant women.

The drug first arrived in Canada on this day in 1961. Several variants entered the Canadian market, the most common sold under the name, Talimol. Within two months, pharmaceutical companies were warning physicians of the risk of birth defects. Canadian authorities banned all variants within a year, instructing physicians to destroy stockpiles.

The first birth defects began to appear around 1958, peripheral nerve palsies or Phocomelia, a malformation or entire absence of arms and/or legs, hands & feet.  Some cases showed malformation of eyes, ears and internal organs, others born with no anus and no genitals and doomed to die.  Some five to seven thousand children were born with such birth defects in West Germany alone, four-in-ten of whom, survived.  Worldwide, some 10,000 “Thalidomide babies” were born with such defects, half of whom survived infancy.  An estimated 123,000 others miscarried, or were stillborn.

“Today, fewer than 3,000 are still alive. In Britain, it’s about 470. Among the nearly 50 countries affected are Japan (approximately 300 survivors), Canada and Sweden (both more than 100), and Australia (45). Spain’s government only recently acknowledged the drug was ever distributed there. No-one knows how many Spanish survivors there are. It could be hundreds”. H/T BBC

Despite such egregious side effects, Thalidomide remains in use today, albeit under conditions of strict birth control.  Thalidomide is in fact a “wonder drug” for the treatment of certain skin conditions related to leprosy, and is useful for treatments relating to HIV, Crohn’s Disease and certain cancers. 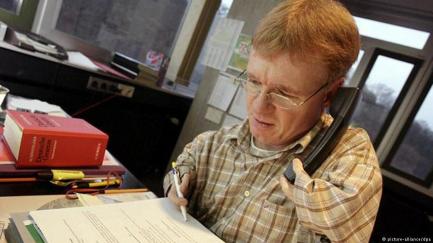 Sadly, Brazilian strictures are not so severe, leading to the birth of a whole new generation of “thalidomiders”, as adult survivors call themselves.  Research has uncovered circumstantial evidence connecting Thalidomide’s origins to Dr. Otto Ambros, the “Devil’s Chemist”,  alleging Dr. Ambros helped develop the nerve agent sarin, while experimenting on thalidomide as an antidote on concentration camp inmates.

“On 26 November – 50 years on – we, the German survivors, will march, waddle, limp or roll in wheelchairs from the Brandenburg Gate to the Federal Chancellery in Berlin.  To celebrate that we are still alive, and to remember those who never lived”.

In the United States, federal regulator Dr. Frances Oldham Kelsey denied no fewer than six applications to bring Thalidomide to market, on the basis of insufficient testing.  Thanks to her stubborn refusal, such cases were held to seventeen in this country, a fact which earned Dr. Kelsey a Presidential award for distinguished service from the federal government.