The connection between sanitation and the boiling to make beer was poorly understood at the time, but everyone knew. Those who drank beer and ale didn’t get sick.  The brewhouse was an indispensable priority in every new settlement. 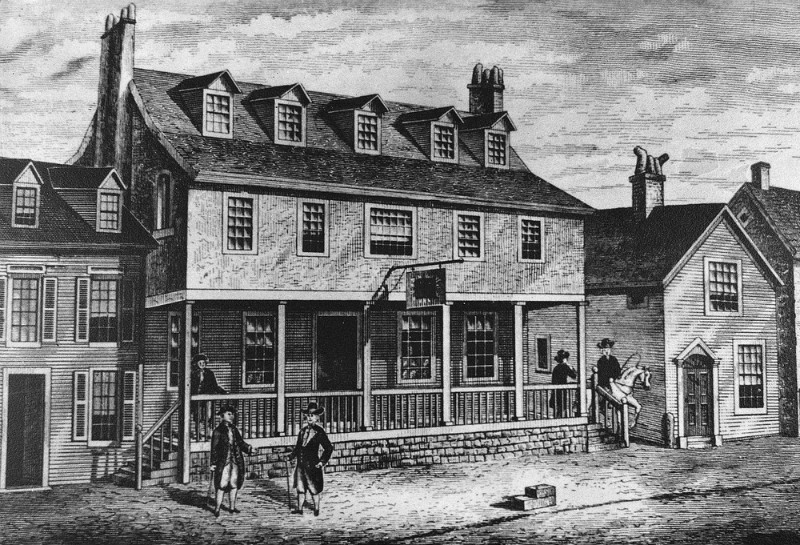 Despite seemingly inexhaustible supplies of pristine drinking water, colonists to the New World were first and foremost Englishmen, every one of whom understood that drinking water could make you deathly ill. The connection between sanitation and the boiling to make beer was poorly understood at the time, but everyone knew. Those who drank beer and ale didn’t get sick.  The brewhouse was an indispensable priority in every new settlement.

The earliest settlers to Jamestown, Virginia neglected the brewer’s art. Their first pleas for relief from England, included advertisements seeking “two brewers’ to join them.

When Pilgrims fetched up on the shores of Cape Cod and the later Plimoth colony in 1620, it was not in search of a beach vacation, but because of dwindling beer supplies.

In the early colonial period, tavern keepers would put out an “Ale Stick” or “Ale Stake”, a wooden pole with a bush of barley tied to the top, informing thirsty travelers that sustenance was available, inside.  Sometimes a hoop of woven barley hanging outside, would signal, you’d arrived.

Taverns were common in England from as early as the 1200s, where women called “Ale Wives” would fetch beer, wine, mead and ale for the guests. Though lodgings were a common feature of the ale houses of the time, it would not be until the early 1700s that Colonial taverns commonly offered such amenities. 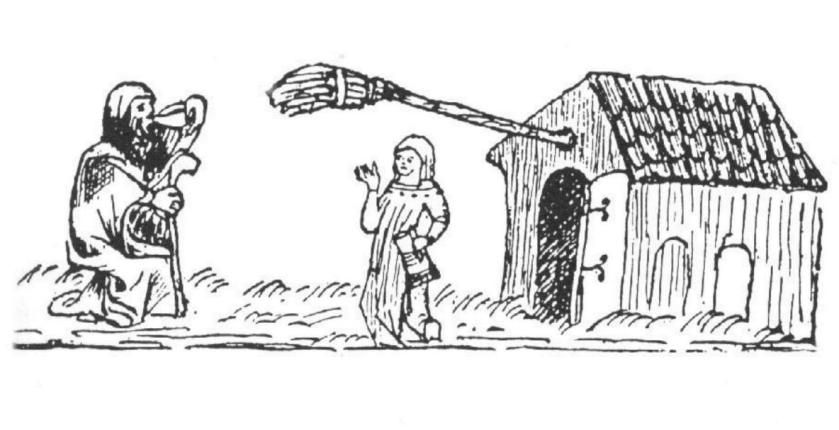 James Franklin set up a printing business in Boston and produced one the area’s earliest newspapers, the new England Courant.   Little brother Benjamin Franklin describes his earliest experience working in his brother’s print shop, with frequent reference to fetching ale for the journeyman printers.

Beer and ale were dietary staples in the era, a source of nourishment as well as refreshment. Infants drank beer and it was especially recommended for nursing mothers. Many households added a small brewing room to the outside of the building, so the heat and risk of fire associated with brewing and cooking could be kept outside of living quarters. To this day, the lower roof lines of these “brew rooms” can be found, jutting out from the sides of the oldest American homes.

George Washington’s home brew recipe, “To make Small Beer”, instructed the enthusiast to:  Take a large Sifter full of Bran Hops to your Taste. — Boil these 3 hours. Then strain out 30 Gallons into a Cooler, put in 3 Gallons Molasses while the Beer is scalding hot or rather drain the molasses into the Cooler & strain the Beer on it while boiling Hot. Let this stand till it is little more than Blood warm. Then put in a quart of Yeast if the weather is very cold, cover it over with a Blanket & let it work in the Cooler 24 hours. Then put it into the Cask — leave the Bung[hole] open till it is almost done working — Bottle it that day Week it was Brewed.”

Later taverns posted elaborate signs, carved from wood, stone, or even terra cotta, and hanged from wooden posts mounted to the building or to a nearby tree. Barley, the universal symbol for beer, remained a common feature of such signs, and continues in use on the labels of many brands sold to this day.

The colonial-era brew house was the crucible of the American Revolution. The United States Marine Corps was born in Philadelphia’s Tun Tavern.  In the hours preceding the “shot heard round the world, the “Minutemen” of Lexington awaited General Thomas Gage’s advancing column of “Regulars”, at Buckman Tavern.

Charlestown was left a smoldering ruin in the wake of the 1775 Battle of Bunker Hill.  One of the first buildings to rise from the ashes was the Warren Tavern, opened in 1780.  Today, the Warren Tavern website describes itself as “the oldest tavern in Massachusetts…visited by many famous individuals including George Washington and Paul Revere”.

The signs of the time frequently included horses, indicating that lodgings and stables were available. Many such establishments came to be called after such signs, and names such as “Chestnut Mare” and “White Stallion” were common. 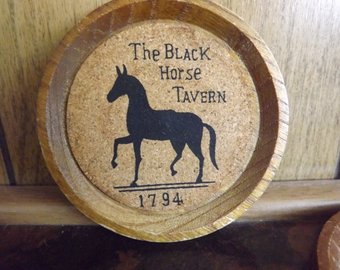 “Filled with mingled cream and amber
I will drain that glass again.
Such hilarious visions clamber
Through the chambers of my brain –
Quaintest thoughts — queerest fancies
Come to life and fade away;
Who cares how time advances?
I am drinking ale today.” – Edgar Allen Poe