What if thousands of these creatures were equipped with tiny little fire bombs, and dropped on Japanese cities. All that bamboo & paper construction, the place oughtta go up like a match head. 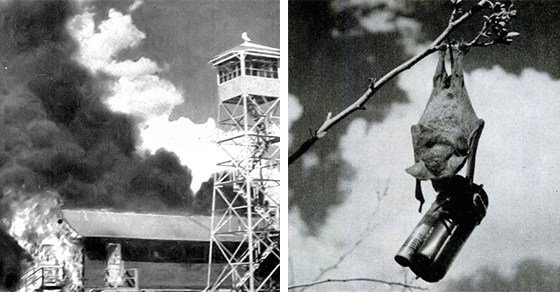 In a letter dated January 7, 1941, Marshall Admiral Isoroku Yamamoto directed Rear Admiral Onishi Takijiro under conditions of utmost secrecy, to study the feasibility of an attack on the American Naval anchorage at Pearl Harbor.  Half a world away in Irwin Pennsylvania, American dentist Dr. Lytle S. Adams was planning a driving vacation to the Carlsbad Caverns, in New Mexico.

Dr. Adams was gripped with amazement that day in December, on witnessing millions of bats, exiting the cave.  It was December 7 and word came over the radio, of a sneak attack in Hawaii. Millions of Americans must have been thinking about payback that day, Dr. Adams among them.  His thoughts returned to those bats. What if thousands of these creatures were equipped with tiny little fire bombs, and dropped on Japanese cities. All that bamboo & paper construction, the place oughtta go up like a match head. 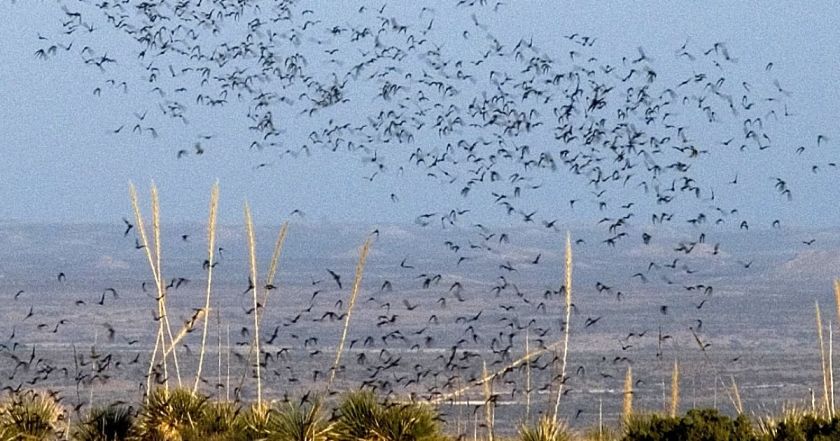 Lytle Adams was a personal friend of First Lady Eleanor Roosevelt and submitted the idea, the following month.  Zoology professor Donald Griffin was conducting studies at this time of echolocation among animals, and recommended the White House approve the idea. The Presidential memorandum read: “This man is not a nut. It sounds like a perfectly wild idea but is worth looking into.” The mammalian super weapon that never was, was born.

Four biological factors lent promise to the plan. First, they’re the most plentiful mammal in North America.  A single cave can hold several million individuals. Second, load-carrying tests conducted in the dirigible hangar at Moffett Field in Sunnyvale, California, demonstrated that bats can carry more than their own weight. Third, they hibernate, making them easy to handle and, last, bats like secluded places such as buildings to hide during daylight.

Professor Louis Fieser, the inventor of military napalm, devised a tiny little canister to be carried by the bats. A suitable species was selected by March 1943, the Mexican Free-tailed Bat (Tadarida brasiliensis mexicanus).  “Bat bombs” were devised including 26 stacked trays, each containing compartments for 40 bats. Carriers would be dropped from 5,000-feet with parachutes deployed at 1,000-feet, allowing hibernating bats sufficient time to “snap out” of it.

Early tests were promising. Too promising. On May 15, armed bats were accidentally released at the Carlsbad Army Airfield Auxiliary Air Base near Carlsbad, New Mexico, and incinerated the place when some of them came to roost under a fuel tank.

Despite the setback or possibly because of it, the program was handed off to the Navy that August, and code named Project X-Ray. The project was handed off once again that year, placed under control of the Marine Corps Air Station at El Centro, California, by December 18.

A “Japanese Village” was mocked up by the Chemical Warfare Service at the Dugway Proving Ground in Utah.  National Defense Research Committee (NDRC) observers were positive, one stating: “It was concluded that X-Ray is an effective weapon.” The Chief Chemist’s report was more enthusiastic: “Expressed in another way, the regular bombs would give probably 167 to 400 fires per bomb load where X-Ray would give 3,625 to 4,748 fires.”

Project X-Ray was scheduled for further tests in mid-1944 and not expected for combat readiness for another year, when the program was cancelled by Fleet Admiral Ernest J. King.  The project had already cost $2 million, equal to over $29 million today.  It was too much, for too little.

Die Fledermaus (“The Bat”) was a German operetta by composer Johann Strauss II, featuring a prolonged and drunken soliloquy by one Frosch, (the jailer), in act 2. Stanley Lovell was director of research and development for the OSS at the time (Office of Strategic Services), precursor to the CIA.  Ordered to evaluate the bat bomb by OSS Director “Wild Bill” Donovan, Lovell may have had the last word.  “Die Fledermaus Farce” he called it, noting that the things were dropping to the ground, like stones.

Fun Fact:
During WW2, the British Special Operations Executive (SOE) devised a “Rat Bomb”, for use against German targets. 100 rat carcasses were sewn up with plastic explosives, to be distributed near German boiler rooms and locomotives. The idea was that the carcass would be disposed of by burning, resulting in a boiler explosion. The explosive rats were never put to use as the Germans intercepted the first and only shipment. The project was deemed a success anyway, due to the enormous time and manpower resources expended by the Germans, looking for booby trapped rats.