The “Miracle of Dunkirk” involved the evacuation of 338,226 stranded soldiers from the beaches of France, the largest waterborne evacuation up to that point, in history.  Seventeen years ago today, the boat lift rescue from the tip of Manhattan, was half again that large.

World War Two began with the Nazi conquest of Eastern Europe, in 1938. Within two years, every major power on the continent was either neutral, or subjugated to the Nazi regime.

France was all but occupied by May 1940.  The battered remnants of the French military fought a desperate delaying action while all that remained of French, English and Belgian military power in continental Europe, crowded the beaches in desperate flight from the Nazi war machine. 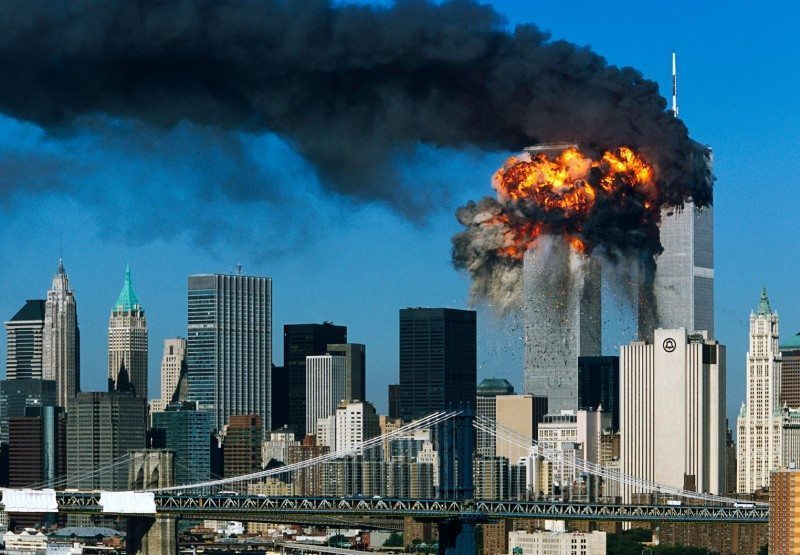 The “Miracle of Dunkirk” involved the evacuation of 338,226 stranded soldiers from the beaches of France, the largest waterborne evacuation up to that point, in history.  Seventeen years ago today, the waterborne rescue off the tip of Manhattan, was half again that size.

At 8:46 on the morning of September 11, 2001, five Islamist terrorists flew American Airlines Flight 11 into the north tower of the World Trade Center, instantly killing all on board and an undetermined number in the building itself.  At 9:03, another five terrorists crashed United Airlines Flight 175 into the South Tower.

We now know that attacks would be carried out over the next few hours, against the Pentagon and a place called Shanksville, Pennsylvania.  At the time, there was no way to know that further atrocities wouldn’t be carried out, against New York.  The tunnels and bridges out of Manhattan were shut down almost immediately after the attack and the roads gridlocked, trapping hundreds of thousands of scared and disoriented civilians on the island.  Most wanted nothing more than to get out.

As first one tower collapsed and then the second, lower Manhattan became a witches brew of airborne chemicals, borne aloft in vast and impenetrable clouds of dangerous compounds and pulverized construction material.

As the dark, vile cloud swallowed the city and blotted out the sun, Mayor Rudy Giuliani came on the radio.  “If you are south of Canal Street” he said, “get out. Walk slowly and carefully.  If you can’t figure what else to do, just walk north.”

Those who walked or ran to the north made their way through clouds of choking, toxic dust to the Brooklyn Bridge, about the only way out of Manhattan. 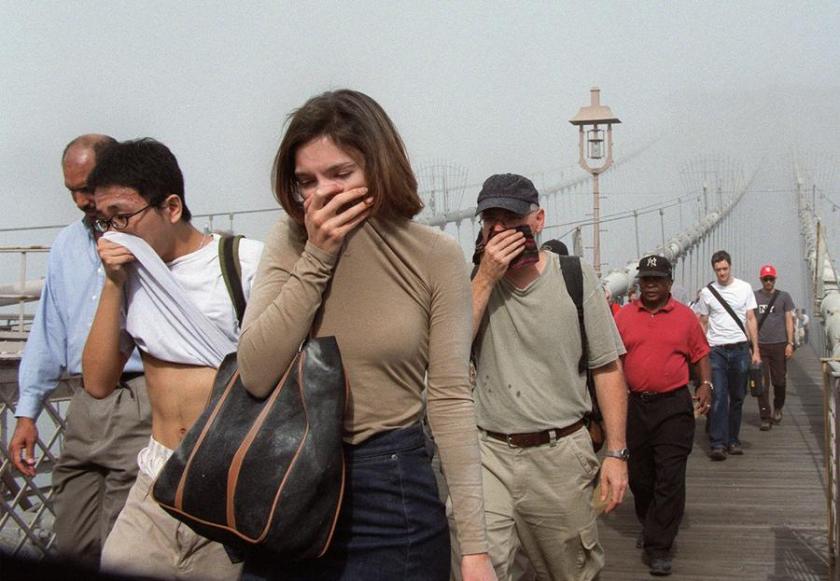 The half-million or so who went south, soon found themselves cornered in the 25 acres of Battery Park, trapped with the Hudson River to their right, and the East River to their left.

At first, a few nearby boats offered assistance.  Ferries, tugs and private craft.  The Coast Guard put out a radio call for anyone in the vicinity.  Dozens of tugboats were the first to answer.  Soon, hundreds of boats were racing to the scene.

These were strangers helping strangers.  Virtually every vessel was captained by civilians.  For all any of them knew they were heading into a war zone, yet still, they came.  Hundreds of boats carried nearly 500,000 people out of that place to Ellis Island, Staten Island and New Jersey, equivalent to the entire population of Toledo, Ohio. 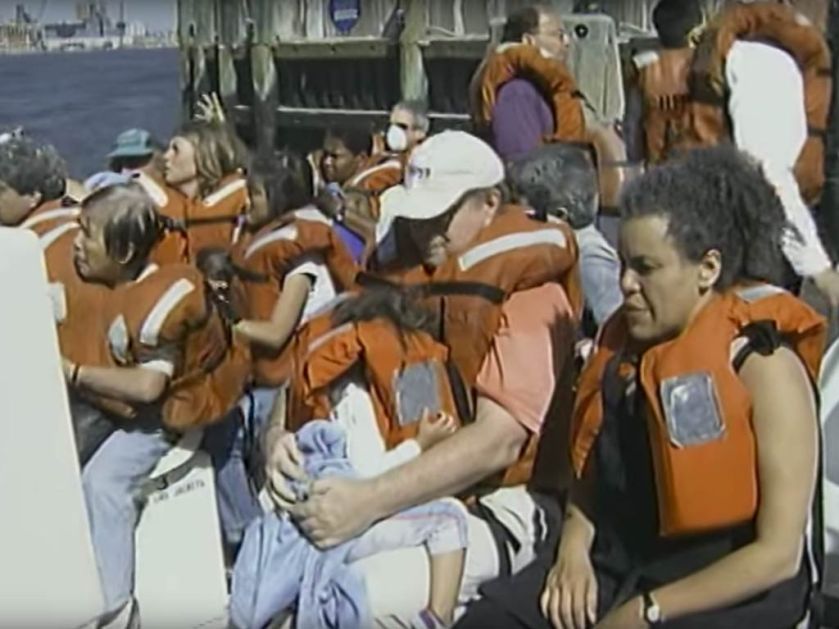 The greatest marine rescue in history unfolded over a period of nine hours.   The Dunkirk boat-lift had taken nine days.

Coast Guard Admiral James Loy said it best.  “We grabbed the Staten Island Ferry, the tour boat that goes around the Statue of Liberty and anything else that floated.  And at the same time, we had rallied the wherewithal to take a half a million people, scared and frightened to death, through the Battery and off the southern tip of Manhattan.  That’s an extraordinary story.”

The way I remember it, the wreckage of the World Trade Center burned for a hundred days.  With roads impassable and water mains broken, New York City fire boats pumped river water to firefighters at “Ground Zero”.  Other vessels were converted to floating cafeterias and first-aid stations.  Still others shuttled personnel in and out of lower Manhattan, for the better part of two years.

2,996 innocent people lost their lives when those nineteen swine attacked us that day, more than the United States has since lost in seventeen years of war in Afghanistan. Among those were a stunning 412 emergency services personnel, those who ran TO the disaster, as the rest of the city ran away.  343 of them, were New York Fire. Sixty were Police Officers, from NYPD, New York Port Authority and New Jersey Police Departments. Eight were Paramedics. One was with the New York Fire patrol.

6,000 more were injured.  10,000 children lost a parent or were orphaned, entirely.  The list of fatalities among first responders continues to build to this day, with cancer and other illness claiming a third again among this population, compared with any randomly selected group.

One of countless stories to emerge from this day, concerns one of those many firefighters who lost his life, while doing his job. In a way, he’s one of the lucky ones. His family had a body they could bury, and not just a smear of DNA, left on a ledge.

The night before the funeral, this guy’s wife and his buddies “stole” the body, casket and all, with the connivance of some people at the funeral home. They brought him to their favorite beach, and there they spent a last night together, drinking beer and telling stories. The next morning, they brought him back to the funeral home, as they had promised. Their loved one was buried that day, with full honors.

I don’t know this man’s name or that of his wife, and I’m not sure that it matters. The greater sense of this story, for me, is that of a short life, well lived.  A story of love, and friendship, and loyalty.

May we all be worthy of the friendship, of people such as these. 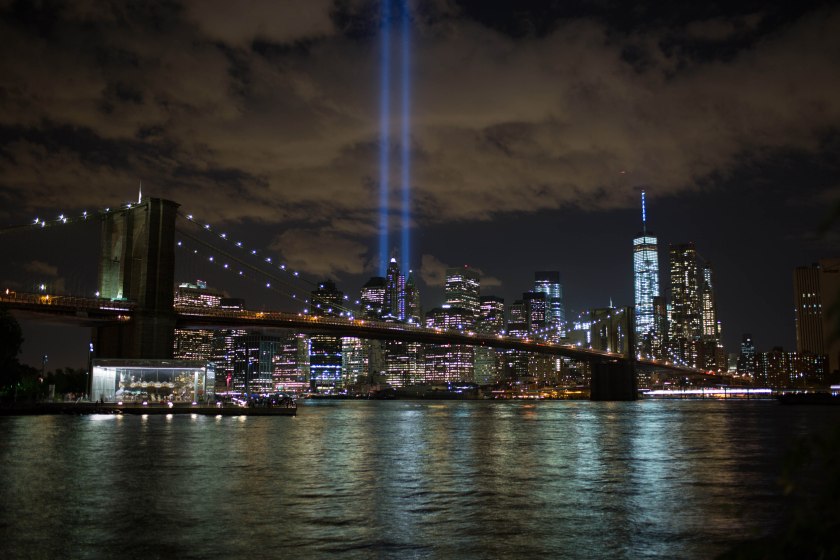 Tip of the hat to insh.com (interesting shit), from which most of the photographs in this essay, were borrowed.