56 men would sign the Declaration of Independence in the days and weeks that followed, giving birth to a nation unique in all history.  A nation founded on an idea. 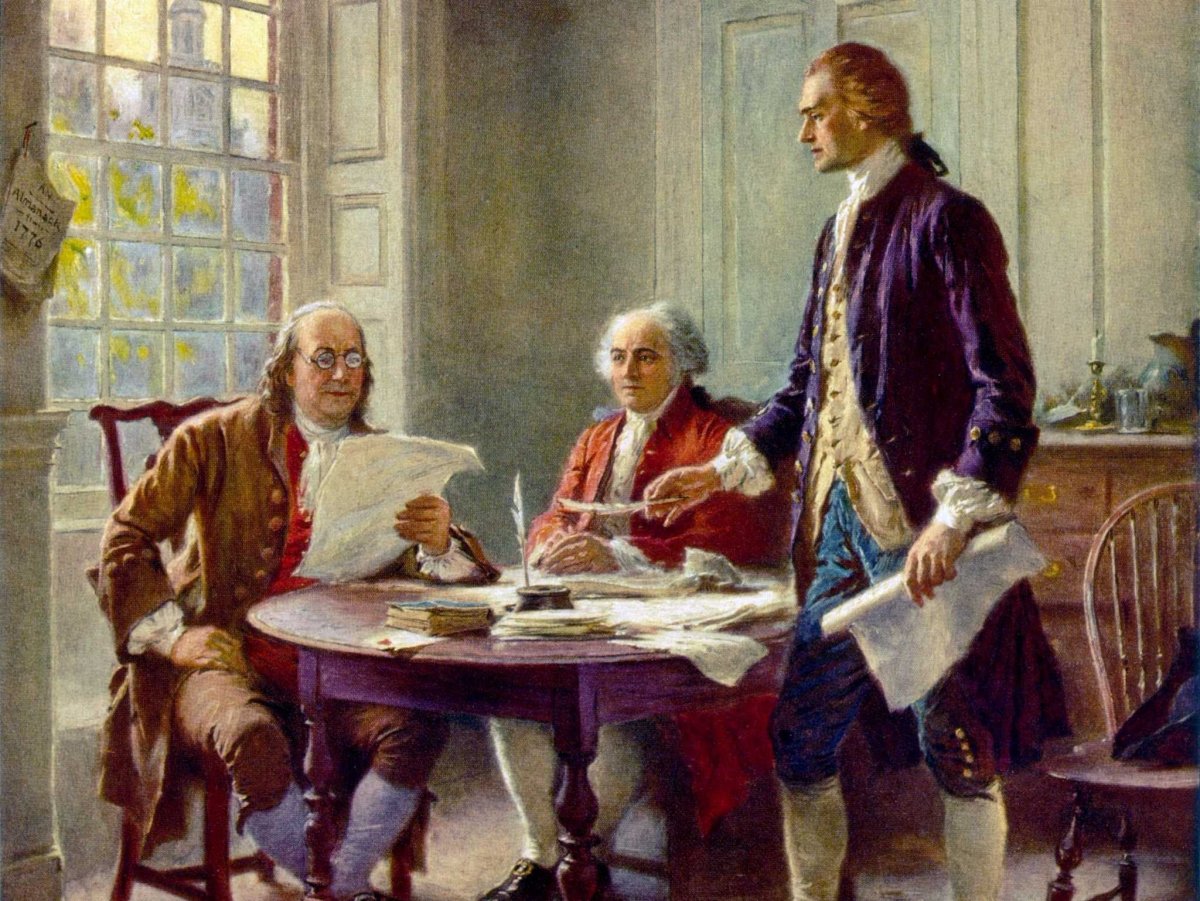 The first Virginia Convention organized in 1774, when Royal Governor Lord Dunmore dissolved the colony’s House of Burgesses. The colonial governing body had called for a day of prayer, a show of solidarity with her sister colony in Boston, after the British government closed the harbor in retaliation for the “Boston Tea Party“. 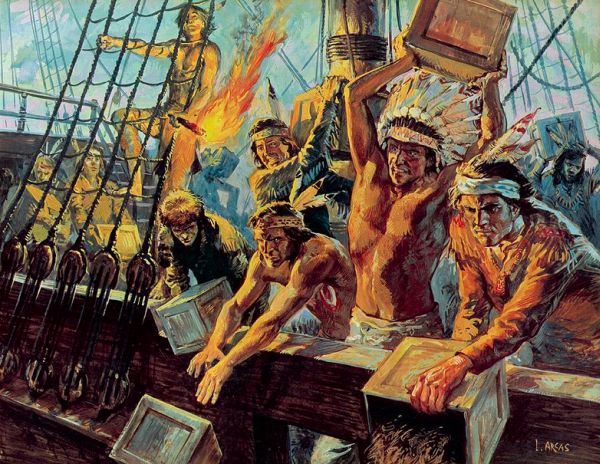 Three additional such meetings would take place in the following year-and-one-half, to discuss increasingly fractious relations with the British Empire. No expression emerged from these conventions, in favor of independence.

That would change on May 15, 1776, when the fifth Virginia Convention declared that the colonial government as “formerly exercised” by King George III in Parliament, was “totally dissolved”. Three resolutions emerged from this body:  one calling for a declaration of rights in Virginia, another calling for the establishment of a republican constitution, and a third instructing its delegates to the Continental Congress in Philadelphia, to declare independence from Great Britain. 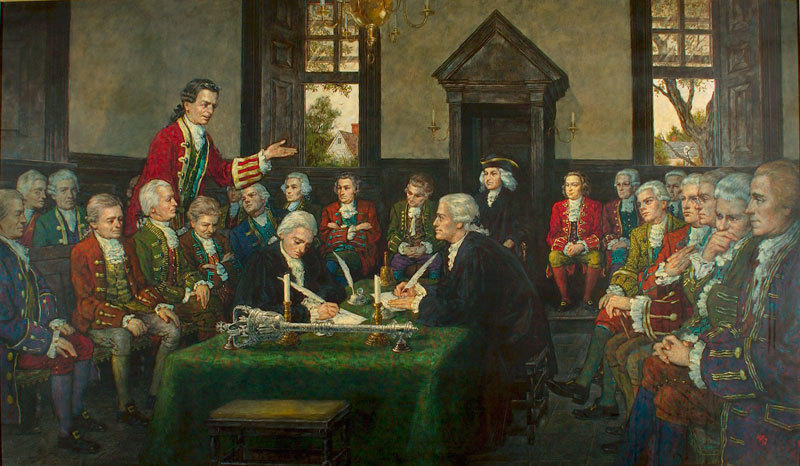 Richard Henry Lee’s resolution was taken almost verbatim from instructions from the Virginia Convention. As presented to the second Continental Congress on June 7, 1776, Lee’s resolution read:

“Resolved, that these United Colonies are, and of right ought to be, free and independent States, that they are absolved from all allegiance to the British Crown, and that all political connection between them and the State of Great Britain is, and ought to be, totally dissolved. That it is expedient forthwith to take the most effectual measures for forming foreign Alliances. That a plan of confederation be prepared and transmitted to the respective Colonies for their consideration and approbation”.

At the time, several colonies were not yet ready to declare independence.

Representatives agreed to delay the vote until July 1, appointing a “Committee of Five” to draft a declaration of independence from Great Britain. Members of the committee included John Adams of Massachusetts, Benjamin Franklin of Pennsylvania, Roger Sherman of Connecticut, Robert Livingston of New York and Thomas Jefferson of Virginia. The committee selected Jefferson to write the document, the draft presented to the Congress for review on June 28.

Debate resumed on July 1, 1776, with most of the delegates expressing favor for Lee’s resolution. 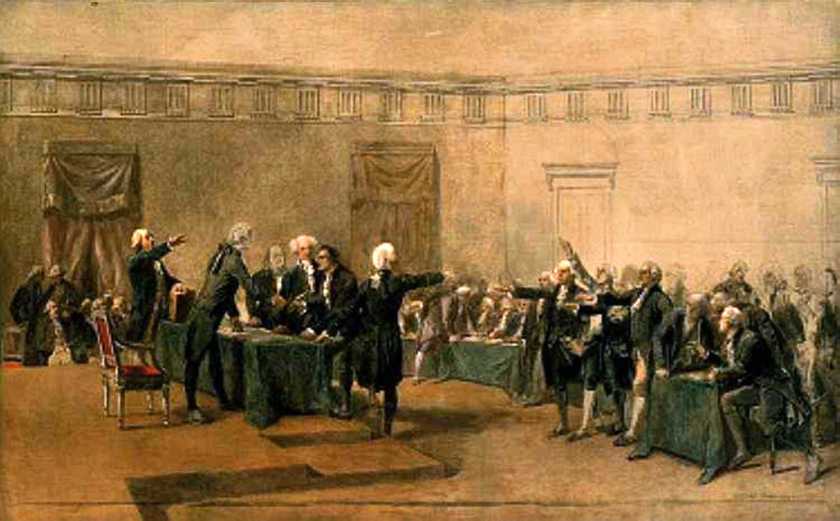 The final vote was taken on July 2, when delegates from 12 of the 13 colonies voted in favor. Delegates from New York abstained, having as yet received no clear instructions from their constituents.

The Pennsylvania Evening Post reported on July 2nd that “This day the Continental Congress declared the United Colonies Free and Independent States”.

The Pennsylvania Gazette followed suit on the third with “Yesterday, the CONTINENTAL CONGRESS declared the UNITED COLONIES FREE and INDEPENDENT STATES”.

John Adams believed that July 2 would go down as Independence Day, for the young nation. 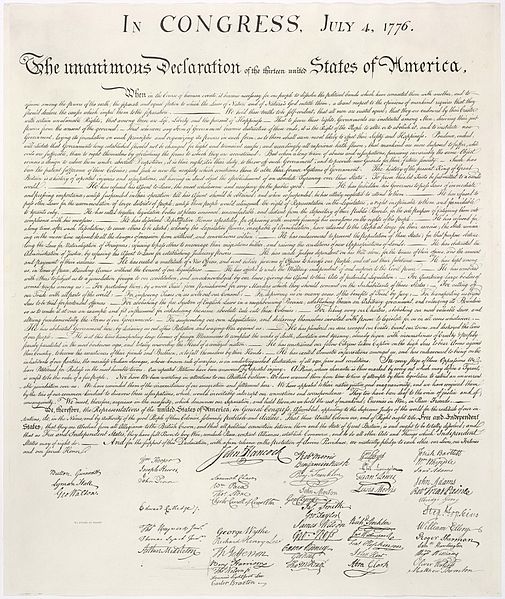 56 men would sign the Declaration of Independence in the days and weeks that followed, giving birth to a nation unique in all history.  A nation founded on an idea.

That line was drawn in the sand, two hundred and forty two years ago, today.  As Caesar had ‘crossed the Rubicon’ nearly two thousand years earlier, a decision had been taken from which there would be no turning back.  Fifty-six men affixed their signatures to that document, affirming that to this “… we mutually pledge to each other our lives, our fortunes and our sacred honor.”

These were no empty words.  One of those signers, Benjamin Franklin, stated in all candor, that now “We must all hang together or, assuredly we shall all hang separately.” 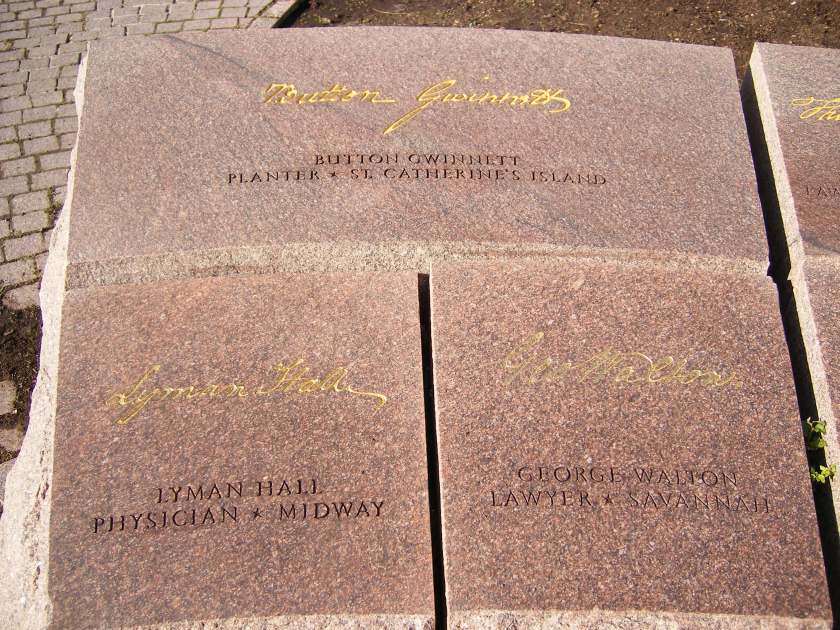 On this day in 1984, exactly 208 years after a young nation declared its independence, a memorial was dedicated in the Constitution Gardens, on the National Mall in Washington, DC. The monument consists of fifty-six stone blocks, each bearing the inscribed likeness of the actual signature, of every man who so pledged his life, his fortune and his sacred honor. 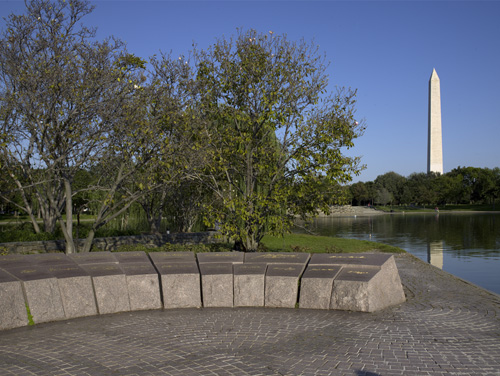 Today, this day is mostly forgotten in favor of July 4, when the final edits of Jefferson’s Declaration were adopted, the final document engrossed (handwritten onto parchment), and sent off to the printer. 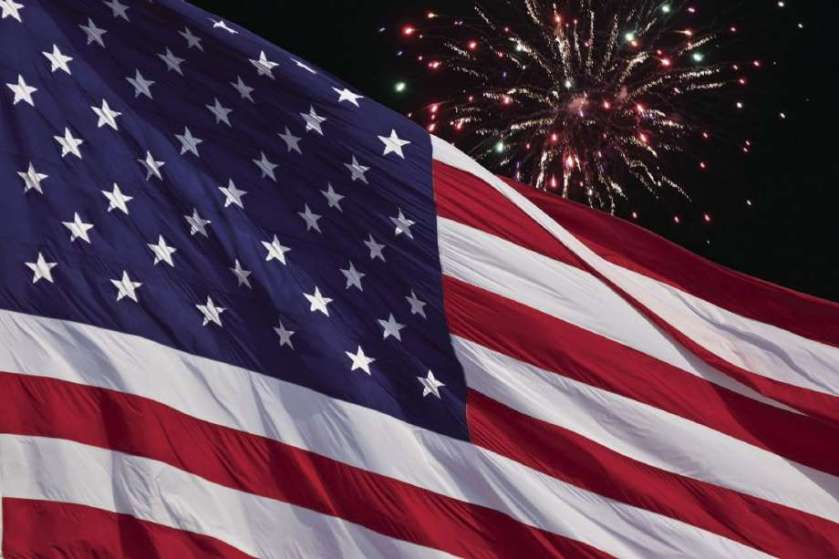