The story is familiar.  Despite all odds, the Frankish force emerged victorious.  Charles “The Hammer” Martel had saved western civilization.  Forgotten in this narrative, is the story of the man who made it all possible. 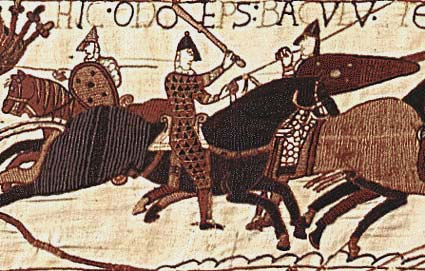 The Umayyad Caliphate had recently defeated two of the most powerful militaries of the era.  The Sassanid empire in modern day Iran had been destroyed altogether, as was the greater part of the Byzantine Empire, including Armenia, North Africa and Syria.

As the Caliphate grew in strength, European civilization faced a period of reduced trade, declining population and political disintegration, characterized by a constellation of new and small kingdoms, evolving and squabbling for suzerainty over the common people.

The “Banu Umayya”, the second of four major dynasties established following the death of Muhammad 100 years earlier, was already one of the largest, most powerful empires in history. Should it fail, no force stood behind the Frankish host, sufficient to prevent a united Islamic caliphate stretching from the Atlantic coast of Spain to the Indian sub-continent, from Sub-Saharan Africa to the North Sea.

With no cavalry of his own, Charles faced a two-to-one disadvantage in the face of a combined Islamic force of infantry and horse soldiers.  History offers few instances of medieval armies withstanding the charge of cavalry, yet Charles had anticipated this moment. He had trained his men, they were ready.

The story is familiar.   Charles “The Hammer” Martel met the invader, at a spot between the villages of Tours, and Poitiers.  Despite all odds, the Frankish force emerged victorious, from the Battle of Tours (Poitiers). Western civilization, was saved. 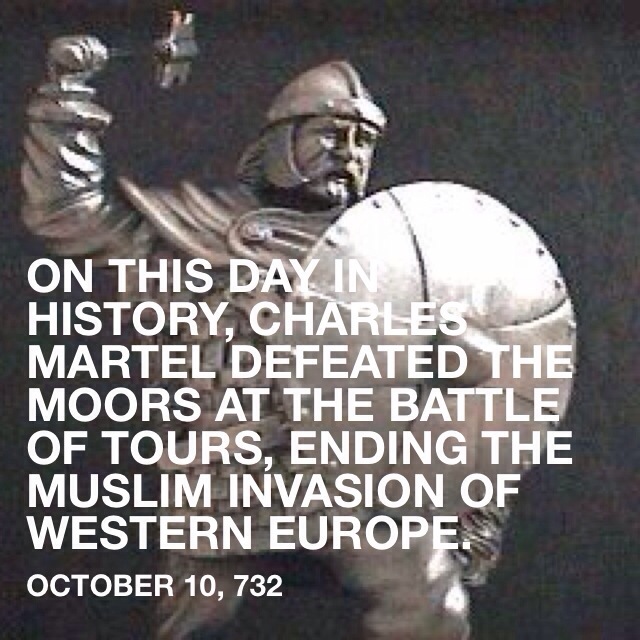 Forgotten in this narrative, is the story of the man who made it all possible.

Twenty years earlier, a combined force of 1,700 Arab and North African horsemen, the Berbers, landed on the Iberian Peninsula led by Tariq Ibn Ziyad.  Within ten years, the Emir of Córdoba ruled over most of what we now call Portugal and Spain, save for the fringes of the Pyrenean mountains, and the highlands along the northwest coastline.

In AD721, Al-Samh ibn Malik al-Khawlani, wali (governor) of Muslim Spain, built a strong army from the Umayyad territories of Al-Andalus, and invaded the semi-independent duchy of Aquitaine, a principality ostensibly part of the Frankish kingdom, but for all intents and purposes ruled as an independent territory.

Duke Odo of Aquitaine left his home in Toulouse in search of help, from the Frankish statesman and military leader, Charles Martel.  This was a time (718 – 732) of warring kingdoms and duchys, a consolidation of power in which Martel preferred not to step up on behalf of his southern rival, but to wait, and see what happened. Odo, Duke of Aquitaine, was on his own.

At this time, Toulouse was the largest and most important city in Aquitaine.  Believing Odo to have fled before their advance, the forces of al-Andalus laid siege to the city, secure in the belief that their only threat lay before them.  For three months, Odo gathered Aquitanian, Gascon and Frankish troops about him, as his city held on.

Overconfident, the besieging army had failed to fortify its outer perimeter, or to scout the surrounding countryside.  On June 9 with Toulouse on the verge of collapse, the armies of Duke Odo fell on the Muslim rear, as defenders poured from the city gates, an avenging army.    Sources report Duke Odo’s forces numbered some 300,000, though the number is almost certainly exaggerated.

Caught at rest without weapons or amour, the surprise was complete.  Some 350,000 Umayyad troops are said to have been cut down as they fled, but again, the number is probably inflated.  Al-Samh himself was mortally wounded, and later died in Narbonne.

Be that as it may, the battle of Toulouse was an unmitigated disaster for the Arab side.  Some historians believe that this day in 721 did more to check the Muslim advance into western Europe, than did the later battle at Tours.  For 450 years,  Muslim chroniclers at Al-Andalus described the battle as Balat al Shuhada (‘the path of the martyrs’), while Tours was remembered as a relatively minor skirmish. 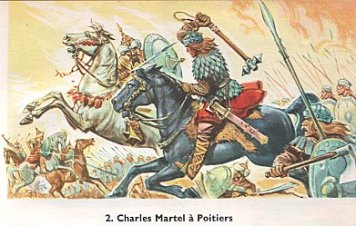 One of those to escape with his life, was a young Abd Ar-Rahman al Ghafiqi.  Eleven years later in 732, the now – governor of Al-Andalus would once again cross the Pyrenees, this time at the head of a massive army of his own.  Al Ghafiqi’s legions laid waste to Navarre and Gascony, first destroying Auch, and then Bordeaux.  Duke Odo “The Great” would be destroyed at the River Garonne and the table set for the all-important decision of Tours.

In history as in life, time and place is everything.  Today, Duke Odo of Aquitaine is all but forgotten. We remember Charles “The Hammer” Martel as the savior of western civilization, as well we should. Yet, we need not forget the man who made it possible, who gave Martel time to gather the strength, to forge the fighting force which gave life to such an unlikely outcome.