In her 1951 memoir “Fliegen – mein leben”, (Flying is my life), Hannah Reitsch offers no moral judgement one way or the other, on Hitler or the Third Reich. 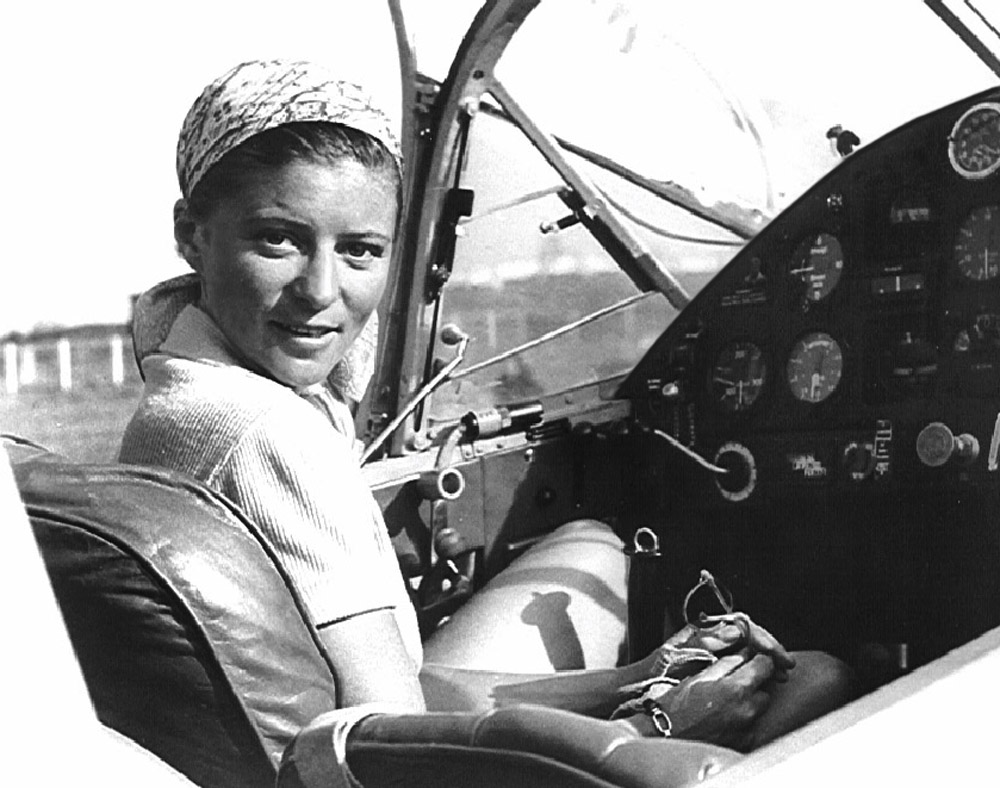 Hannah Reitsch wanted to fly.  Born March 29, 1912 into an upper-middle-class family in Hirschberg, Silesia, it’s all she ever thought about. At the age of four, she tried to jump off the family balcony, to experience flight.  In her 1955 autobiography The Sky my Kingdom, Reitsch wrote:  ‘The longing grew in me, grew with every bird I saw go flying across the azure summer sky, with every cloud that sailed past me on the wind, till it turned to a deep, insistent homesickness, a yearning that went with me everywhere and could never be stilled.’

Reitsch began flying gliders in 1932, as the treaty of Versailles prohibited anyone flying “war planes” in Germany. In 1934, she broke the world’s altitude record for women (9,184 feet).  In 1936, Reitsch was working on developing dive brakes for gliders, when she was awarded the honorary rank of Flugkapitän, the first woman ever so honored. In 1937 she became a Luftwaffe civilian test pilot.  She would hold the position until the end of WW2.

A German Nationalist who believed she owed her allegiance to the Fatherland more than to any party, Reitsch was patriotic and loyal, and more than a little politically naive.  Her work brought her into contact with the highest levels of Nazi party officialdom.  Like the victims of Soviet purges who went to their death believing that it would all stop “if only Stalin knew”, Reitsch refused to believe that Hitler had anything to do with events such as the Kristallnacht pogrom.  She dismissed any talk of concentration camps, as “mere propaganda”.

As a test pilot, Reitsch won an Iron Cross, Second Class, for risking her life in an attempt to cut British barrage-balloon cables. On one test flight of the rocket powered Messerschmitt 163 Komet in 1942, she flew the thing at speeds of 500 mph, a speed nearly unheard of at the time. She spun out of control and crash-landed on her 5th flight, leaving her with severe injuries.  Her nose was all but torn off, her skull fractured in four places.  Two facial bones were broken, and her upper and lower jaws out of alignment.  Even then, she managed to write down what had happened, before she collapsed.

Doctors did not expect her to live, let alone fly again.  She spent five months in hospital, and suffered from debilitating dizzy spells.  She put herself on a program of climbing trees and rooftops, to regain her sense of balance.  Soon, she was test flying again.

On this day in 1944, Reichsmarshall Hermann Göring awarded her a special diamond-encrusted version of the Gold Medal for Military Flying. Adolf Hitler personally awarded her an Iron Cross, First Class, the first and only woman in German history, so honored.

It was while receiving this second Iron Cross in Berchtesgaden, that Reitsch suggested the creation of a Luftwaffe suicide squad, “Operation Self Sacrifice”.

Hitler was initially put off by the idea, though she finally persuaded him to look into modifying a Messerschmitt Me-328B fighter for the purpose. Reitsch put together a suicide group, becoming the first to take the pledge, though the idea would never take shape. The pledge read, in part: “I hereby voluntarily apply to be enrolled in the suicide group as a pilot of a human glider-bomb. I fully understand that employment in this capacity will entail my own death.”

The plan came to an abrupt halt when an Allied bombing raid wiped out the factory in which the prototype Me-328s were being built.

In the last days of the war, Hitler dismissed his designated successor Hermann Göring, over a telegram in which the Luftwaffe head requested permission to take control of the crumbling third Reich.  Hitler appointed Generaloberst Robert Ritter von Greim, ordering Hannah to take him out of Berlin and giving each a vial of cyanide, to be used in the event of capture.   The Arado Ar 96 left the improvised airstrip on the evening of April 28, under small arms fire from Soviet troops.  It was the last plane to leave Berlin.  Two days later, Adolf Hitler was dead.

Taken into American custody on May 9, Reitsch and von Greim repeated the same statement to American interrogators: “It was the blackest day when we could not die at our Führer’s side.” She spent 15 months in prison, giving detailed testimony as to the “complete disintegration’ of Hitler’s personality, during the last months of his life.  She was found not guilty of war crimes, and released in 1946. Von Greim committed suicide, in prison.

In her 1951 memoir “Fliegen – mein leben”, (Flying is my life), Reitsch offers no moral judgement one way or the other, on Hitler or the Third Reich.

She resumed flying competitions in 1954, opening a gliding school in Ghana in 1962.  She later traveled to the United States, where she met Igor Sikorsky and Neil Armstrong, and even John F. Kennedy.

Hannah Reitsch remained a controversial figure, due to her ties with the Third Reich.  Shortly before her death in 1979, she responded to a description someone had written of her, as `Hitler’s girlfriend’.  “I had been picked for this mission” she wrote, “because I was a pilot…I can only assume that the inventor of these accounts did not realize what the consequences would be for my life.  Ever since then I have been accused of many things in connection with the Third Reich”. 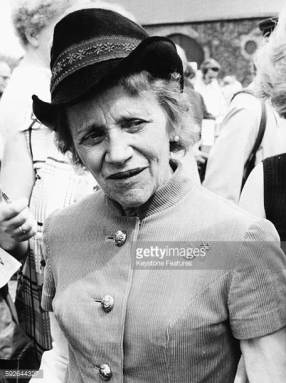 Toward the end of her life, she was interviewed by the Jewish-American photo-journalist, Ron Laytner. Even then she was defiant:  “And what have we now in Germany? A land of bankers and car-makers. Even our great army has gone soft. Soldiers wear beards and question orders. I am not ashamed to say I believed in National Socialism. I still wear the Iron Cross with diamonds Hitler gave me. But today in all Germany you can’t find a single person who voted Adolf Hitler into power … Many Germans feel guilty about the war. But they don’t explain the real guilt we share – that we lost“.

Hannah Reitsch died in Frankfurt on August 24, 1979, of an apparent heart attack.  Former British test pilot and Royal Navy officer Eric Brown received a letter from her earlier that month, in which she wrote, “It began in the bunker, there it shall end.”  There was no autopsy, or at least there’s no report of one.  Brown, for one, believes that after all those years, she may have finally taken that cyanide capsule.