Mother Teresa was once asked about the overwhelming nature of her work. ‘Never worry about numbers, she said. “Help one person at a time and always start with the person nearest you”.

In Albanian, “Gonxhe” means “Rosebud”.   Anjezë Gonxhe Bojaxhiu was born August 26, 1910, in what is now Uskup, the capital of Macedonia, then Skopje, part of the Ottoman Empire. Her mother raised the girl in the Roman Catholic faith after her father died in 1919.  By age 12, she was committed to a religious life.  “Agnes” had always been fascinated with the lives of missionaries, joining the Sisters of Loreto at the age of 18 to become one.  Though she would live to 87, Agnes would never again see her mother, or her sister.

The Sisters taught English to school children in India, a language she learned in the Loreto Abbey in Rathfarnham, Ireland. 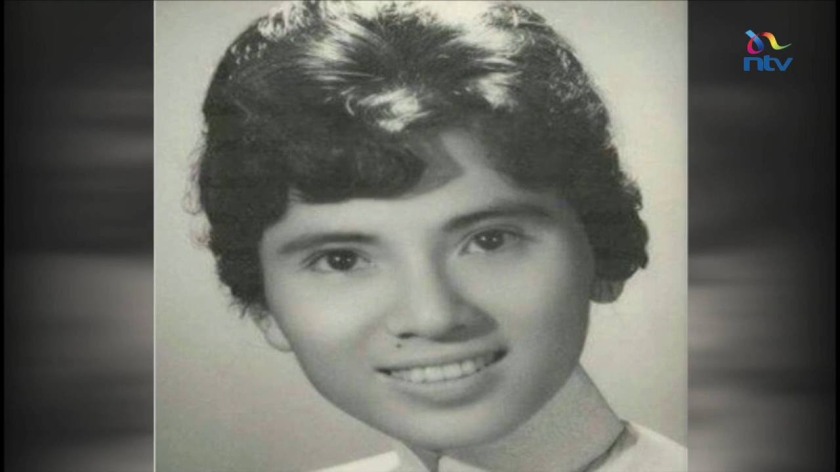 She arrived in India on January 6, 1929, beginning her novitiate in Darjeeling, near the Himalayas. There she learned to speak Bengali, teaching at St. Teresa’s School, near her convent. Agnes took her first religious vows as a nun in 1931, choosing the name Thérèse de Lisieux, after the patron saint of missionaries. Another nun in the convent had already chosen the name, so Agnes adopted the Spanish spelling, becoming Sister Teresa on May 24.

Teresa would take her solemn vows six years later, while teaching at the Loreto School in Entally, eastern Calcutta, a position she would hold until 1944.

Today, about 10% of the world’s Muslims live in India, making up close to 15% of the population. The number was much higher in 1944, as much as 2/3rds in some regions. The idea of the Muslim population breaking off India and forming an independent Pakistan had come up as early as 1930, and become a major force with the breakup of British rule over the Indian subcontinent, the “British Raj”, at the end of WW2.

Tensions spilled over in the province of Bengal in August 1946, as violence between Muslim, Hindu and Sikh mobs left thousands dead. Violence was particularly bad in Calcutta, where the massive riots of August 16-19 left over 4,000 dead and more than 100,000 homeless.

India would be partitioned the following year, and Pakistan declared an independent nation in August. For now, the violence of 1946, following on the heels of the Bengal famine of 1943, left Calcutta in a state of despair.

Sister Teresa was looking out from the train carrying her from Darjeeling to Calcutta on September 10, when she heard the call. “I was to leave the convent and help the poor while living among them. It was an order. To fail would have been to break the faith.”

No one knew it at the time, but “Sister Teresa” had become “Mother Teresa”.

Mother Teresa spent a few months at Holy Family Hospital receiving medical training, venturing into the slums of Calcutta to begin her missionary work in 1948. A small group of women joined in her ministry to the “poorest among the poor”, as she wrote in her diary of begging for food and supplies. The hardships were severe, as was the near-constant temptation to return to the ease and comfort of the convent.

Teresa received permission from the Vatican on October 7, 1950, to start the diocesan congregation which would become the Missionaries of Charity.  With only 13 members in Calcutta, their mission was caring for “the hungry, the naked, the homeless, the crippled, the blind, the lepers, all those people who feel unwanted, unloved, uncared for throughout society, people that have become a burden to the society and are shunned by everyone.”

Awarded the Nobel Peace Prize in 1979, Mother Teresa refused the traditional honor banquet, requesting instead that the $192K cost be given to help the poor of India.

With the help of Indian officials, Teresa opened the Kalighat Home for the Dying in an abandoned temple, where dying Muslims were read from the Quran, Hindus received water from the Ganges, and Catholics were read the Last Rites. “A beautiful death,” she said, “is for people who lived like animals to die like angels—loved and wanted”.

Mother Teresa was once asked about the overwhelming nature of her work. ‘Never worry about numbers, she said. “Help one person at a time and always start with the person nearest you”.

By the time of her death on September 5, 1997, Mother Teresa’s Missionaries of Charity had over 4,000 sisters, and an associated brotherhood of 300 members. They operated 610 missions in 123 countries, including hospices and homes for victims of HIV/AIDS, leprosy and tuberculosis. There were soup kitchens, children’s and family counseling programs, personal helpers, orphanages, and schools.

Mother Teresa was canonized on September 4, 2016 in Vatican City, becoming Saint Teresa of Calcutta.  The ceremony at St. Peter’s Square was attended by over 1,500 homeless.

Even saints have critics, in her case usually the warm and well-fed likes of Christopher Hitchens, the “New Left Review” and the German magazine Stern.  Anjezë Gonxhe Bojaxhiu once said “Spread love everywhere you go.  Let no one ever come to you without leaving happier”.  Let that be the woman’s answer to the critics.