A “cape” is a headland or promontory extending into a body of water, formed by glaciers, volcanoes or changes in sea level.. A quick count reveals at least 67 capes around the world, (Cape Fear, Cape Canaveral, Cape Coral), yet we locals love to call our little bit of paradise, “The Cape™”.

In the Elizabethan and Stuart ages, exploration and colonization was a private enterprise.  The English Crown would grant exclusive rights to individuals and corporations to form and exploit colonies, in exchange for sovereignty and a portion of the proceeds.  Such efforts were high risk/reward, profit-driven propositions, of interest to a relative few explorers and venture capitalists.

Queen Elizabeth I of England granted Walter Raleigh a charter to establish a colony north of Spanish Florida in 1583, the area called “Virginia”, in honor of the virgin Queen.  At the time, the name applied to the entire coastal region from South Carolina to Maine, and included Bermuda.

By the turn of the 17th century, Raleigh’s influence with the Queen was just about nil.  Her only interest seemed to be the revenue stream produced for the crown, and Raleigh was providing none after losing £40,000 in the disastrous “Lost Colony of Roanoke” episode.

By the mid-1590s, a new colonial plan identified parts of northern Virginia, where climate conditions better suited English sensibilities, than those of the more southerly latitudes.  The area produced vast wealth from the cold-water fish prized by Europeans, providing the foothold and profits required to support the subsequent addition of settlers.

Bartholomew Gosnold departed Falmouth, Cornwall in 1602, with 32 onboard a barque named Concord.  Intending to establish a colony in New England, Gosnold sailed due west to the Azores, coming ashore at Cape Elizabeth Maine, on May 14.  He sailed into Provincetown Harbor the following day, naming the place “Cape Cod”.

Following the coastline, Gosnold discovered an island covered with wild grape vines. Naming it after his deceased daughter, he called it Martha’s Vineyard.  The expedition came ashore on Cuttyhunk in the Elizabethan island chain where they briefly ran a trading post, before heading back to England.  Today, the town of Gosnold is the smallest in Massachusetts, with a population of 75 and most of the land owned by the Forbes family.

The title of first European may be a misnomer, as Vikings are believed to have explored the area as early as 1000AD. The land was fruitful for the first Viking explorers, but the indigenous peoples fought back ferociously, causing those “first” Europeans to withdraw to the more easily colonized areas of Greenland and Iceland.

The first of the Puritans fetched up on the shores of Cape Cod in 1620, staying long enough to draw up the first written government framework in the United States, signing the Mayflower Compact off the shore of Provincetown on November 11.  Today the sandy soil and scrubby vegetation of the Cape is a delight to tourists, but those first settlers weren’t feeling it.  They had to eat.  The only positive result from two exploratory trips ashore was the discovery of seed corn stashed by the natives.  A third trip ashore resulted in a hostile “first encounter” on the beaches of modern day Eastham, persuading the “Pilgrims” that this wasn’t their kind of place.  They left the Cape for good on December 16, dropping anchor at Plymouth Harbor.

The Pilgrims would later encounter the English-speaking natives Samoset and Squanto, who helped to conclude peace terms with Massasoit, Sachem of the Wampanoag.

Some 90% of the native population had been wiped out in the two years preceding, by an epidemic long thought to be smallpox, but now believed to be Leptospirosis, a highly contagious pulmonary hemorrhagic syndrome.  Otherwise, things may have gone for the Pilgrims as they had for those first Vikings of 600 years earlier, but that’s a tale for another day.

Militia from my own town of Falmouth and neighboring Sandwich poured onto the beaches on April 3, 1779, opposing a landing by 220 Regulars in the modern day area of Surf Drive.  The invaders were repulsed, but little Falmouth sustained a cannonade of ball, shot and grape that lasted from eleven in the morning until dark.

The British warship HMS Nimrod fired on my town during the War of 1812.  It’s closed now, but the building that formerly housed the Nimrod Restaurant, still sports a hole in the wall where the cannon ball came in.

Cape Cod was among the first areas settled by the English in North America, the town of 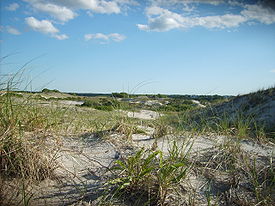 Sandwich established in 1637, followed by Barnstable and Yarmouth in 1639.  The thin soil was ill suited to agriculture, and intensive farming techniques eroded topsoil. Farmers grazed cattle on the grassy dunes of the shoreline, only to watch “in horror as the denuded sands ‘walked’ over richer lands, burying cultivated fields and fences.”

By 1800, Cape Cod was all but denuded of trees and firewood had to be transported by boat from Maine.   Local agriculture was all but abandoned by 1860, save for better-suited, smaller scale crops such as cranberries and strawberries.  By 1950, Cape Cod forests had recovered in a way not seen since the late 1700s.

The early Industrial Revolution that built up Rhode Island and Massachusetts bypassed much of Cape Cod, but not entirely. Blacksmiths Isaac Keith and Ezekiel Ryder began building small buggies and sleighs in the Upper Cape town of Bourne, in 1828.  Two years later Keith went off on his own  By the Gold Rush of 1849, the Keith Car Works was a major builder of the Conestoga Wagons found throughout the United States and Canada, as well as their smaller, lighter cousin, the Prairie Schooner.  Before the railroads, Conestoga wagons were heavily used in the transportation of shade tobacco grown in Connecticut, western Massachusetts and southern Vermont, even now some of the finest cigar binders and wrappers available.  The story may or may not be true, but I’ve been told that’s why we call cigars, “stogies”.

The dredging of a canal connecting the Manomet and Scusset rivers and cutting 62 miles off the water route from Boston to New York was discussed since the time of Miles Standish.  Construction of a privately owned toll canal began on June 22, 1909.  Giant boulders left in the wake of the glaciers and ghastly winter weather hampered construction, the canal finally opening on July 29, 1914, charging a maximum of $16 per vessel.  Navigation was difficult, due to a 5+ mph current combined with a maximum width of 100′ and a max. depth of 25′.  Several accidents damaged the canal’s reputation and toll revenues failed to meet investors’ expectations. 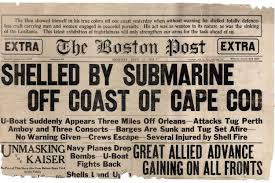 German submarine U-156 surfaced off Nauset beach in Orleans on July 21, 1918, shelling the tug Perth Amboy and its string of towed barges. The federal government took over the canal under a presidential proclamation four days later, later placing it under the jurisdiction of the Army Corps of Engineers.  The canal was re-dredged as part of President Roosevelt’s depression era Works Progress Administration to its current width of 480′ and depth of 32′, and connected to the mainland by the Sagamore, Bourne, and Cape Cod Canal Railroad Bridges.

So it is that an estimated 5.23 million tourists will wait countless hours amidst seas of brake lights, to cross those two narrow roadways onto “the Cape”, to enjoy that brief blessed moment of warmth hidden amidst our four seasons, known locally as “almost winter, winter, still winter and bridge construction”.

If anyone wonders why my buddy Carl calls me the “Cape Cod Curmudgeon”, I can only say in my own defense.  I’ve been commuting through that crap, for years.