Poliomyelitis tended to come out in the summer, disproportionately effecting children and young adults. 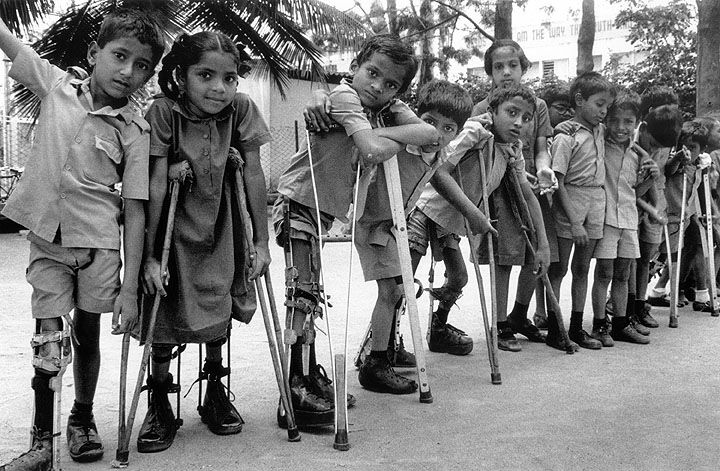 When I was a boy, I once asked my mother what polio was.  At the time, I didn’t understand the expression on her face.  What I saw that day, was her realization that her children would never have to fear a plague that had terrified her generation and those before it.

Imagine the impact of the AIDS virus. Now, instead of the well understood vectors by which that virus is transmitted, imagine all the terrifying finality of that disease combined with the randomness of the common cold. 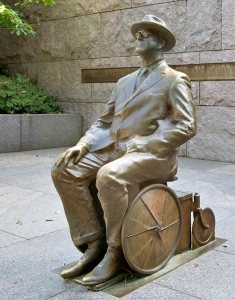 The first major polio epidemic in the United States appeared in Vermont, when 132 cases were diagnosed in 1894. A larger outbreak killed 6,000 New York City residents in 1916, with over 27,000 cases diagnosed.

Poliomyelitis tended to come out in the summer, disproportionately effecting children and young adults. 58,000 cases were reported in the 1952 epidemic alone, 3,145 of them died and another 21,269 left with mild to disabling paralysis.

A President of the United States suffered from polio, as a younger man. The press did their best to treat the matter with delicacy, but the disease left him able to stand only with great pain and difficulty, dependent on a wheelchair for the rest of his life.

Others were doomed to 800lb monstrosities called “iron lungs”, seven-foot long, “negative pressure ventilators” which reproduced the movements of breathing.  The Smithsonian Institution estimated that 1,200 Americans were dependent on iron lungs in 1959.  Lattimore, North Carolina resident Martha Mason contracted polio at age 11, and spent 61 years in an iron lung before her passing in 2009.

Today, modern “biphasic” ventilators (alternating negative/positive pressure) are worn like the cuirass of the conquistadors, all but replacing the iron lung.  As of 2014, there were only ten individuals left, living their lives in one of the things.

Early efforts to develop a vaccine, proved fruitless.  One New York University study produced no immunity whatever, at the cost of nine dead children.  Other vaccine trials used “volunteers” at state mental institutions.

Jonas Edward Salk was born on October 28, 1914, the son of Jewish immigrants of Irish descent. Daniel and Dora (Press) Salk were not themselves formally educated, but the

Salk accepted an appointment to the University of Pittsburgh School of Medicine in 1947, the following year beginning a project funded by the National Foundation for Infantile Paralysis, which later became the March of Dimes. The grant was funded to determine the number of polio types, but Salk took it several steps further. He saw it as an opportunity to develop a vaccine.

It’s not widely known that the American Revolution took place during a smallpox pandemic. George Washington himself was a proponent of vaccinating, which, as with rabies, was always done with live virus.

Live virus vaccination carries obvious risks, and Dr. Salk was interested in the way the body developed antibodies to killed virus. He and his team completed lab trials in 1954, when they injected themselves and a number of volunteers with inert virus. Having had no ill effects, they began field trials a short time later.

Field trials of Dr. Salk’s vaccine were some of the most extensive in history. 20,000 physicians and public health officials were involved in the trial, along with 64,000 school personnel, 220,000 volunteers, and over 1,800,000 school children.

News of the vaccine’s success was announced on April 12, 1955, and Jonas Salk was hailed as a miracle worker. David Oshinsky, history professor at New York University and author of Polio: An American Story, tells a story about that day. “The public was horribly and understandably frightened by polio,” he wrote. “There was no prevention and no cure. Everyone was at risk, especially children. There was nothing a parent could

do to protect the family. I grew up in this era. Each summer, polio would come like The Plague. Beaches and pools would close — because of the fear that the poliovirus was waterborne. Children had to stay away from crowds, so they often were banned from movie theaters, bowling alleys, and the like. My mother gave us all a ‘polio test’ each day: Could we touch our toes and put our chins to our chest? Every stomach ache or stiffness caused a panic. Was it polio? I remember the awful photos of children on crutches, in wheelchairs and iron lungs. And coming back to school in September to see the empty desks where the children hadn’t returned.”

Jonas Salk consumed over seven years of his life on his goal. When broadcast journalist Edward R. Murrow asked him “who owns the patent on this vaccine”, Dr. Salk replied: “There is no patent. Could you patent the sun?”

All those years, all that time, work and effort, and even in the end the man took no personal financial interest in the result. A mortal virus afflicted the children of his generation, and he was going to lift heaven and earth, if he had to, to stop it.

In the late 50s, Salk became interested in building his own research institute. He searched for a site for over a year, until he met San Diego Mayor Charles Dail, himself a polio survivor. Dail showed Salk 27 acres on a mesa in La Jolla, just west of the proposed site for the new UC campus then planned for San Diego. In June of 1960, the citizens of San Diego overwhelmingly voted “yes”, to donate the land for Salk’s dream. Construction began with initial funding from the National Foundation/March of Dimes, and completed in 1967.

Jonas Salk died on June 23, 1995, at the age of 80. A memorial at the Institute bearing his name reads: “Hope lies in dreams, in imagination and in the courage of those who dare to make dreams into reality.” 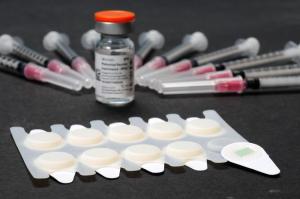 By 1979, the disease was eradicated from the United States.  The worldwide effort to wipe out polio began in 1988, with the Global Polio Eradication Initiative.  20 million volunteers from virtually every country in the world have vaccinated over 2.5 billion children, at a cost of $11 billion. Worldwide, the incidence of new polio cases decreased by 99%.  Today, the only region where polio remains endemic, are northern Nigeria and the border between Afghanistan and Pakistan.

And so it is that those of us born after 1955 can go on in blissful ignorance, having no idea of the terrors our parents endured before us.