Either all convicts are guilty as charged, or someone, at some time, has been wrongly convicted 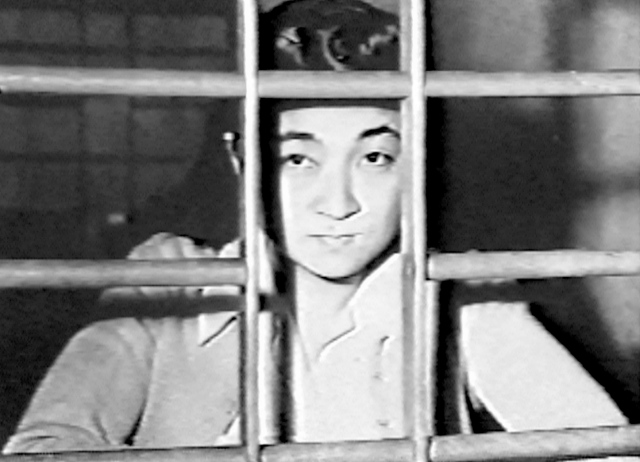 There’s an old cliché that, if you speak with those who are convicted of a crime, all of them say they are innocent. It’s an untrue statement on its face, but there are only two possible conclusions in the alternative. Either all convicts are guilty as charged, or someone, at some time, has been wrongly convicted.

To agree with the former is to accept the premise that what government does is 100% right, 100% of the time.

Iva Ikuko Toguri was born in Los Angeles on July 4, 1916, the daughter of Japanese immigrants. She attended schools in Calexico and San Diego, returning to Los Angeles where she enrolled at UCLA, graduating in January, 1940 with a degree in zoology. 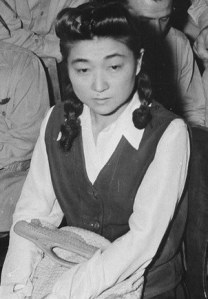 In July of the following year, Iva sailed to Japan without an American passport. She variously described the purpose of the trip as the study of medicine, and going to see a sick aunt. In September, Toguri appeared before the US Vice Consul in Japan to obtain a passport, explaining that she wished to return to permanent residence in the United States. Because she had left without a passport, her application was forwarded to the State Department for consideration. It was still on someone’s desk when Imperial Japan attacked Pearl Harbor, fewer than three months later.

Iva later withdrew the application, saying that she’d remain in Japan voluntarily for the duration of the war. She enrolled in a Japanese language and culture school to improve her language skills, taking a typist job for the Domei News Agency. In August 1943, she began a second job as a typist for Radio Tokyo.

In November of that year, Toguri was asked to become a broadcaster for Radio Tokyo on the 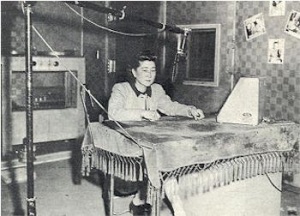 “Zero Hour” program, part of a Japanese psychological warfare campaign designed to lower the morale of US Armed Forces. The name “Tokyo Rose” was in common use by this time, applied to as many as 12 different women broadcasting Japanese propaganda in English. Toguri DJ’d a program with American music punctuated by Japanese slanted news articles for 1¼ hours, six days a week, starting at 6:00pm Tokyo time. Altogether, her on-air speaking time averaged 15-20 minutes for most broadcasts.

Toguri called herself “Orphan Annie,” earning 150 yen per month (about $7.00 US). She wasn’t a professional radio personality, but many of those who later recalled hearing her enjoyed the program, especially the music.

Shortly before the war ended, Toguri married Felipe Aquino, a Portuguese citizen of Japanese-Portuguese ancestry. The marriage was registered with the Portuguese Consulate, though she didn’t renounce her US citizenship, continuing her Zero Hour broadcast until after the war was over. 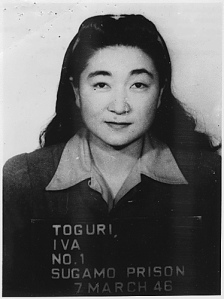 After the war, a number of reporters were looking for the mythical “Tokyo Rose”, and two of them found Iva Aquino. They were Henry Brundidge and Clark Lee, and they offered her a significant sum for her story. The money never materialized, but she signed a contract giving the two rights to her story, and identifying herself as Tokyo Rose.

US Army authorities arrested her in September, while FBI and the Army Counterintelligence investigated her case. By the following October, authorities decided that the evidence did not merit prosecution, and she was released.

Matters may have ended there, except for the public outcry that accompanied Aquino’s return to the US. Several groups, along with the noted broadcaster Walter Winchell, were outraged that the woman they knew as “Tokyo Rose” wanted to return to this country, instead demanding her arrest on treason charges.

Department of Justice sent attorneys to Japan to interview witnesses, one of whom was the reporter, Henry Brundidge. Once again quoting FBI.gov, “Problematically, Brundidge enticed a former contact of his to perjure himself in the matter”. 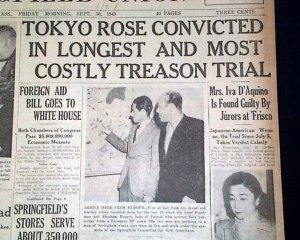 The trial began on July 5, 1949, lasting just short of three months. The jury found Aquino guilty on one of fifteen treason charges, ruling that “[O]n a day during October, 1944, the exact date being to the Grand Jurors unknown, said defendant, at Tokyo, Japan, in a broadcasting studio of the Broadcasting Corporation of Japan, did speak into a microphone concerning the loss of ships.”

Aquino was sentenced to ten years and fined $10,000 for the crime of treason, only the seventh person in US history to be so convicted. She was released from the Federal 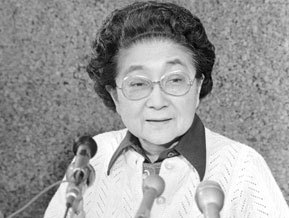 Reformatory for Women at Alderson, West Virginia in 1956, having served six years and two months of her sentence.

President Gerald Ford pardoned her on January 19, 1977, 21 years almost to the day after her release from prison. Iva Toguri Aquino passed away in 2006, at the age of 90. Neither perjury nor suborning charges were ever brought against Brundidge or his witness.